Home › Blog › The Dad Who Rocks the Cradle

The Dad Who Rocks the Cradle 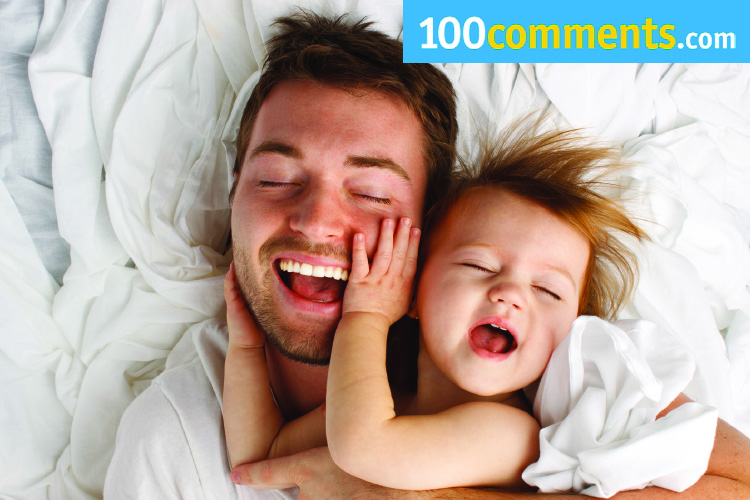 It goes without saying that becoming a father will affect one’s lifestyle in many ways. Getting involved in childcare from the very start will surely be more fruitful for the new dad than just waiting for his wife to spend time with him. While coping as a new dad might seem like a nerve-wracking endeavor, practice makes perfect. Plus, did you know that becoming a father brings about a myriad of benefits to a man? Read on to learn more…

Staying in good health for the family

Many men are known to initiate their first full physical check-up after the arrival of an offspring, for that’s when most will think about insurance for their family. Surveys have found that fatherhood motivates men to eat healthier and take better care of themselves. While many changes will be taking place anyway for a new father, many find this new situation the perfect reason, or for some, the perfect ‘excuse’, to break detrimental habits and establish new, healthier ones. Having a child also prompts a man to stay well out of dangerous situations.

A good (and healthy) heart!

Experts agree that fathers may generally be more healthy than men who cannot have kids. It’s true that many men opt for a healthier lifestyle once they become fathers. They eat better and are less prone to lead a sedentary lifestyle, which automatically makes them less likely to have a stroke or a fatal heart attack. Plus, the love and support a father gets from his family are also likely to fend off heart diseases.

As new fathers take it one day at a time with the best interest of their family in mind, fatherhood can help new dads deal with stress both directly and indirectly. For instance, knowing an adorable, gurgling baby is waiting for you at home can help immensely when coping with stress at work, for as most dads can testify, matters at work somehow seem trivial when at the end of the day, a loving family awaits you at home.

Having a child also helps expand your social life in ways you never imagined before. You will find yourself more appreciative of the company of other family members, in-laws, neighbors and well as other parents, all of which are generally good for your emotional well-being.

While work is important to be able to keep and support a family, the more involved men are with their families and family matters, the more fulfilled they will feel and the less inclined they will be to put anything else, including their jobs, ahead of their families’ happiness.

Men who have children, especially those who live with their kids, are less prone to kick the bucket early from any cause compared to single men with no kids or even divorced men who live separated from their kids. While living with a partner boosts a man’s chances of living longer, living and sharing life with an offspring provides a strong structure to a man’s life, giving him a meaning to life. Ultimately, the fear of leaving his child or children father-less is a powerful factor which will prompt a man to do whatever it takes to stay in his best shape, if not for himself, then for the love of his offspring.

Dads in general love their children and many, after being reminded of the detrimental effects their habits have on their families, feel less inclined to light up in the presence of their loved ones and are more receptive towards the idea of quitting the habit. If you are a dad who feels he is ready to quit, do get in touch with your doctor immediately to help kick-start your effort to stop smoking. As a dad who wants the best for his family, you won’t regret it!

What having a hands on, involved father means to a child

For decades, researchers have been studying the link between a child’s well-being and the involvement of his or her father in their lives. In conclusion, the benefits of having a father involved in raising his children are pretty clear. Did you know that…