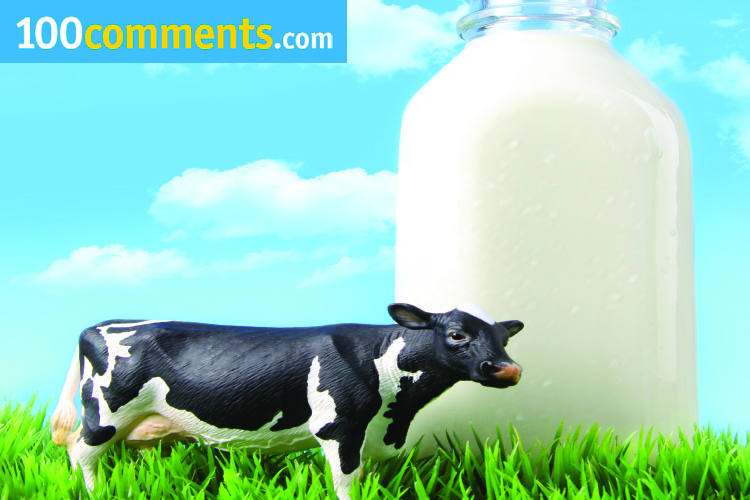 Finding the magic way to health and longevity is a major quest in our society.

We think about it, read about it, write about it with frightening frequency. Yet we are not really willing to do what it takes, because that would mean abandoning our culture, and that is way too radical and difficult a gesture.

I have noticed that state of affairs for some time, particularly when I read a book called The Paleolithic Prescription, by S. Boyd Eaton, Marjorie Shostak, and Melvin Konner (Harper&Row, 1988). That book described the way hunter-gathering people ate in prehistoric times, and its purpose was to use those ideas to fashion a modern healthful eating regime.

Where I was surprised was in the recommendations. After making it perfectly clear that the ancient hunter-gatherers did not use milk, the authors then go on to say, “Although preagricultural people had no milk products after early childhood, that is not reason enough for us to avoid them.”

Hello? Why bother with the paleolithic prescription if the first thing you’re going to do is ignore it? Not only do the authors enthusiastically endorse the regular consumption of milk and milk products, but they recommend the fat free kind, and avoiding all products made from cream or whole milk, including butter, most cheeses, cream cheese, and so on. They also recommend eggs, but without the yolks. They point out that the paleolithic diet is low in fat – about 26% – and thus their rationale.

I have two comments regarding that recommendation. 1) If you’re studying traditional dietary systems because of their benefits, it’s foolish to second-guess them and to amplify or “fortify” them with elements of a modern diet that has a less than stellar track record. 2) If you’re going to recommend dairy products anyway (which are very culture-specific, as they are used in some cultures but not in many others), at least you should recommend them the way they would be used naturally, that is, full fat, and from healthy animals that graze on fresh green plants.

The milk products, as the authors point out correctly, can be fresh, cultured, or fermented, fermentation being an ancient food preserving technique – but no self-respecting traditional culture would throw away the butter and the cream. As far as eggs are concerned, the paleolithic people surely used them if they found them; I seriously doubt that they threw away the yolks, which contain nutrients (fats and vitamins) that complement the white (pure protein).

A highly favored example in “traditional” diets, according to the University of California, Berkeley Wellness Letter (September 2001), is “The Okinawa Diet.” This diet arises from the study of Japanese people on the island of Okinawa, which boasts the highest longevity – 86 for women, 78 for men – and the highest number of centenarians in the world.

The Wellness Letter describes the diet: at least 7 servings of vegetables (sweet potatoes, bean sprouts, onions, and green peppers are prominent) and the same of grains (mostly whole grains), 2 to 4 servings of fruit, plus tofu and other forms of soy, green tea, seaweed, and fish. Vegetables, grains and fruits make up 72% of the diet by weight. Soy and seaweed add 14%, fish is 11%. Meat, poultry, and eggs account for barely 3%.

Note that there are no milk products in this percentage. At the same time, the Okinawans have 20% less hip fractures than the Japanese, and the Japanese have 40% less hip fractures than the Americans. Both these cultures attain those figures on a no-dairy diet, mind you. But what does the WL recommend? The same usual food suspects, and I quote: “a plant-based diet of fruits, vegetables, and grains (with an emphasis on whole grains), plush fish, small amounts of meat and poultry, moderate alcohol intake (if any), no smoking, and lots of exercise. We do recommend nonfat dairy products, and so does this book, whatever the Okinawans may do.” (Emphasis mine.)

The book they refer to is The Okinawa Program: How the World’s Longest-Lived People Achieve Everlasting Health – and How You Can Too, by Bradley Wilcox, Craig Willcox, and Dr Makoto Suzuki. (For some information on the Internet. See The Okinawa Centenarian Study, http://okicent.org/study.html, and www.okinawaprogram.com.)

I find this comment the height of American chauvinistic dietary arrogance. If we go and study those well-adjusted, healthy centenarians, who have 80% less heart disease and one fifth of the hormone-dependent cancers such as breast and prostate, we should pay attention to the fact that they DO NOT consume milk and milk products. The Okinawa diet is not similar to a “high-end” vegetarian diet, and when it is “adapted” for Americans it completely loses its specific character. From what I can see, the Okinawa diet is more a macrobiotic-style diet: miso soup, rice (brown preferably), noodles (buckwheat preferably), local and seasonal root and green vegetables, tofu, seaweed, fish, green teas, and a clear absence of milk products and sugar desserts.

As the macrobiotic diet has also been successful in reverting advanced cancers of the reproductive organs (see Elaine Nussbaum’s Recovery from Cancer and Anthony Sattilaro’s Recalled by Life for two dramatic examples), it seems clear that the presence of dairy is not required, and may even be detrimental, for a healthy and long life.

Milk is a cultural food, and it is used in cultures that at times have problems finding vegetables, including Northern Europeans (where weeks of darkness in the winter interfere with plant growth), the Sahara (where camel’s milk can be a lifesaving food), and India (where small amounts of cheese or ghee complement the plant based diets of certain segments of society). Because of the European ancestry of many Americans, and the excellent promotional efforts of the American Dairy Council, milk and milk products are an integral part of the American diet. But our local diet experts seem unable to shake their cultural indoctrinations. They insist that even when traditional dairy-free diets have been proven to produce healthy and strong human beings, somehow they are insufficient and must be fortified with the tasteless skim milk of commercially raised hormone-pumped sick cows.

Weston Price, my favorite anthropologist of eating, published his classic work Nutrition and Physical Degeneration in 1937. In it, he visited and studied 11 different cultures, and as a dentist he looked at their teeth and bones as indicators of health. Of the cultures he studied, only a few (the primitive Swiss, some traditional African tribes) consumed milk products. All other cultures (the Maori, the Melanesians, the Eskimo, the Aborigines, and others) produced healthy and strong individuals with excellent teeth (they averaged less than one cavity per hundred teeth), well-formed dental arches, and strong bones when they stuck to their natural, traditional diets. These diets included plant foods, including leaves, roots, and stalks, sea vegetables such as kelp, and plenty of animal foods including organ meats, dried fish eggs, and bone marrow. None of them were ‘low fat,’ but used natural fats as they occurred, which are required for proper absorption and utilization of the fat-soluble vitamins A, D, and E.

As soon as traditional people came in contact with “Western civilization” and started to consume white flour, white sugar, and canned vegetables, they developed cavities, their bone structure changed, and their health deteriorated dramatically. But even Dr Price could not escape his European cultural conditioning: although only a few of his traditional groups used dairy, he recommended full-fat dairy as an essential part of a healthful diet.

So – what to do? As you can see, it’s up to you. This much I can tell you: life without dairy is possible, and in my experience more healthful, as I find dairy is frequently associated with mucus production and infections. Many people are currently allergic to dairy, and they become healthier when they quit using it. There are less fractures and osteoporosis in countries where people use little or no dairy, as we saw above with the Okinawans, so it is not required to prevent osteoporosis.

So what do you put in your cereal? Well, if you still eat low-nutrition crunchy breakfast food (without sugar, hopefully), try some nut milk that will at least boost the protein and healthy fat content of your first meal of the day.