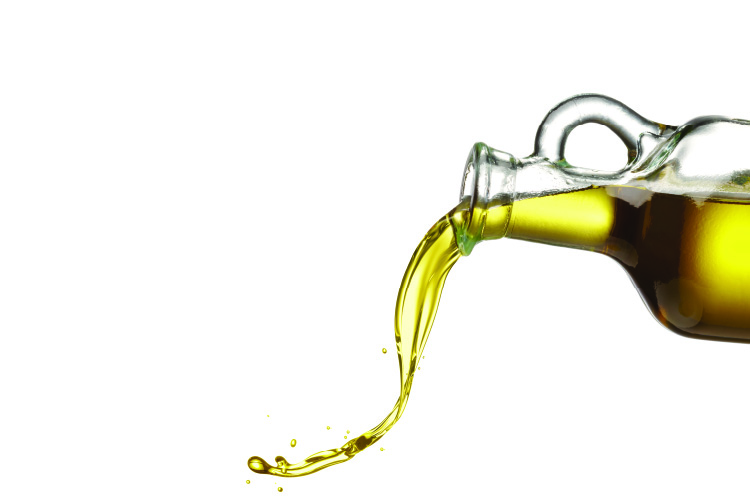 The cooking oil used daily for food preparation is normally made of synthetic animal or plant fat. Consumers have a wide range of cooking oil to choose from these days although not all are available easily in local supermarkets. There is rice bran oil, argan oil, sesame oil, grape seed oil, safflower oil, sunflower oil, flaxseed oil, pumpkin seed oil, canola oil (rapeseed oil), soybean oil and of course the more common ones of peanut oil, corn oil, palm oil and olive oil.

While most cooking oil is usually in liquid form, some oils may contain saturated fat such as palm kernel oil, palm oil and coconut oil. Aromatic foodstuffs such as garlic, chillies or herbs are sometimes used to flavour oil; so you may find even more choices of cooking oil in the market.

A three-week study published in Annals of Internal Medicine revealed that 200 men who consumed just under two tablespoons of virgin olive oil a day registered larger increases in “good” HDL cholesterol and fewer markers of oxidative stress than men who consumed the same amount of “ordinary” olive oil, which had a very low polyphenol content.

The lack of polyphenols in the “ordinary” olive oils (often labelled as “pure” in the U.S.) is explained by the chemical refining processes in which polyphenols are removed from the oils. Naturally found in olives and in red wine and green tea too, polyphenols interact with free radicals before they can oxidize the LDL cholesterol which causes even more damage to the arteries. Virgin and extra virgin olive oils are produced purely by mechanically pressing the oil from olives and as such, the oil does not undergo the said chemical refining process.

You might also like to try flaxseed oil. Flaxseed oil is extracted from linseeds, which are best consumed whole and are baked into grainy wholesome bread. The oil boasts of the highest level of the omega-3 alpha-linolenic acid (ALA) of any vegetable oil. The ALA will be converted by the body into the more beneficial long-chain omega-3 acids, eicosapentaenoic acid (EPA) and docosahexaenoic acid (DHA), which are found in meat sources.

Just like olive oil, flaxseed oil tastes really nice when drizzled over salad. However, it becomes rancid easily, so keep it in the fridge for up to six weeks and do not expose it to light or heat either.

Olive oil, especially virgin and extra virgin oils, can be a little pricey. So, go for canola oil as a healthier alternative if cost is a concern. Canola, made from the seeds of a yellow-flowered plant, is rich in monounsaturated fat which helps to reduce “unhealthy” LDL cholesterol and boost “healthy” HDL cholesterol.

Nutritionist Catherine Saxelby, even says that canola oil has two advantages over olive oil: It contains some omega-3 acids while olive oil has none. Canola oil also has a higher smoke point, so the oil doesn’t burn easily when stir-frying food. “Canola oil is a good all-rounder, as it is high in monounsaturated fats,” says Dr Alan Barclay, spokesman for the Dieticians Association of Australia. As such, while canola doesn’t taste as good as a dressing for salad and bread dips, it certainly makes a good and healthy cooking oil.

However, some people have doubts on the safety of canola oil. The US-based Mayo Clinic says that there is a common misperception that canola oil is made from the rapeseed plant which contains erucic acid. High levels of erucic acid are toxic to humans. Although the canola plant was developed through crossbreeding with the rapeseed plant, canola oil contains less than 2% of erucic acid, making it totally safe for consumption. If you prefer, you can look for certified organic canola oil so that you know the oil has not been genetically modified.

Another healthier alternative to olive and canola oils is rice bran oil. Rice bran oil is polyunsaturated and free of transfats. It also contains vitamins and antioxidants, and is reported to help lower cholesterol and to boost the immune system. A study published in the American Journal of Clinical Nutrition in 2005 found that rice bran oil can lower cholesterol levels in humans. Thanks to its delicate flavour and high smoke point, rice bran oil is one of the more versatile oils around. Try to use rice bran oil for frying and sautéing, as well as in baked goods. If you must deep-fry, go for rice bran oil too.

A lowdown on the best and worst cooking oils

Talks are rife of each oil’s many health benefits. At one time, many believed that drinking coconut oil helps weight loss while flaxseed oil staves off attention deficit hyperactivity disorder (ADHD). And then there are bound to be sceptics who are swayed by opinions and rumours; one of which is that canola oil can kill you (no death associated with consumption of canola oil has been reported). There can be many beliefs and disputes on how each cooking oil can help you but what remains a fact is the fat and nutrient contents of each oil. With that information, here is a list to help you choose a cooking oil for your household:

Unless the beans are organic, they are probably genetically modified.

Palm oil is highly saturated, while palm kernel oil is often hydrogenated, converting it into a trans fat. Trans fat have high levels of fat saturation and possess a negative effect on cholesterol levels.

Has the worst Omega-3 to Omega-6 ratio of any oil.

Whichever oil you stock your pantry with, remember that the oil is 100% fat and there is no recommended daily intake of oils. However, the dietary recommendation is one to two tablespoons per day, or 3-5 tablespoons would suffice for a very active person. The general advice is that fats and oils should make up no more than about 33% of our daily calorie intake.