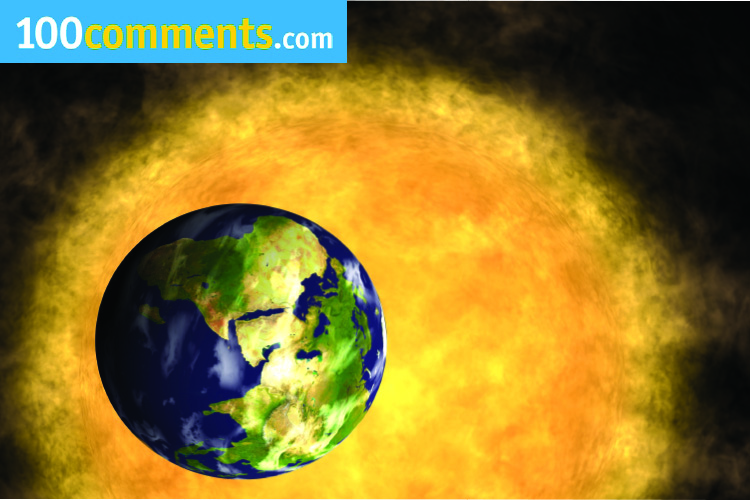 Climate change is real and already transforming our lives like never before. Around the globe, seasons are shifting, temperatures are climbing and sea levels are rising. And because so many systems are tied to the climate, a change in climate can affect many related aspects of where and how people, plants and animals live. Let’s look at some of the most dangerous consequences that will impact and alter our lives.

You don’t need scientists telling you this. Even the man on the street are feeling the heat. So what’s happening? The biggest causes of rising temperatures are due to heat trapping gases, like carbon dioxide, methane, nitrous oxide, etc. Also known as greenhouse gases, these heat-trapping gases are mainly led into the Earth’s atmosphere by human driven activities such as automobiles, power plants, deforestation and other sources that are warming up the planet.

The last century alone, the earth’s average temperature rose 0.7˚C (1.3˚F) to its highest level in the past four centuries during the 20th century. This is believed to be the fastest rise in a thousand years, and the five hottest years on record have all occurred since 1997 with the warmest year being 2005!

The five hottest years on record have all occurred since 1997 with the warmest year being 2005!

Warning: If nothing is done to reduce the heat-trapping carbon emissions and soon, the average surface temperatures could increase 1.1 – 6.4˚C (2 – 11˚F) by end of the century. By then, what calamities can we expect? Some scientists have predicted that by a rise of just 2˚C (3.6˚F), seas will become more acidic, killing corals and krill, destroying food chains; causing severe storms and floods in some countries, and droughts in many others; no arctic ice in the summer since the global climate would warm faster.

With rising temperature comes changing weather conditions that influence growth patterns of vegetation across the globe. The changing landscape and loss of healthy habitats force animals to migrate constantly to look for food and cooler places to survive. Birds, fish, and land-based animals are all going to be under threat as their habitats and climate alter. Plants, trees and shrubs are also going to have to adapt. Species like polar bears, wolves, and even trout and salmon are being adversely affected by this phenomenon. The sad part is that the climate is changing too fast for many species to migrate or adapt to the changing conditions. Less snow in winter, warmer temperatures in summer and more winter rain will affect wildlife across the board.

Warning: By 2050, one-fourth of earth’s species will be headed for extinction if nothing is done to counter the damages, now. It is estimated 20-30% of plant and animal species will be at increased extinction if the temperature rises by more than 1.5 – 2.5°C. Many species are feeling the pressure, such as the polar bears population, which has been noted declining in Canada, may be gone from the face of the earth in as early as 100 years. Increased temperatures in the sea will see coral bleaching as the heat destroys the colourful algae that the corals feed on.

A warmer world is in all likelihood going to be a sicker world for everything from trees to marine life to people, according to a new report by a panel of US scientists. The risks of heat-related illness or even death will become prevalent for human populations when the temperatures become less bearable.

In the past, extreme heat waves caused by rising temperatures saw death of more than 20,000 people in Europe and more than 1,500 people in India in year 2003 alone. During these times, the sick are more prone to succumb to infectious diseases, simply because warmer temperatures allows disease carrying microbes, pathogens, viruses, fungi, parasites, insects, and animals to survive in areas once thwarted by cold weather. Infectious disease like malaria may become widespread when mosquitoes once limited to the tropics find new warmer areas to survive and spread diseases.

Warning: Climate change may have caused more than 150,000 deaths in year 2000 alone and likely to increase in the future, the World Health Organization (WHO) estimates.

A changing climate would impact the global vegetation zones. Due to the rising temperature, plant communities will try to adjust to the changing climate by moving to cooler areas and pulling along animal species that are dependent on them. When there is development and other barriers, the migration of both plants and animals will be thwarted. This is what’s happening to the polar bears, which are left with no other viable habitat to move to.

Agriculture is extremely vulnerable to climate change. And human who are dependent on certain types of crop are bound to suffer when supply is limited. The change in vegetation pattern would cause mass movement of people away from arid regions and huge over-crowding in towns and cities. Famine epidemic is possible in arid areas such as Africa which depends on a certain type of crop.

Warning: In developing countries, climate change will cause yield declines for the most important crops. This results in additional price increase for the most important agricultural crops – rice, wheat, maize, and soybeans with South Asia particularly hit hard. Higher feed prices will result in higher meat prices as well.

As the earth heats up, thermal expansion – a process that happens when warmer water takes up more space than cold water – will cause sea levels to rise. The problem will be made even worse with the melting glaciers dumping even more fresh water into the oceans.

When this happens, low lying areas and islands will submerge or threaten with flooding. Inhabitants of some small island countries that rest barely above the existing sea level are already abandoning their islands. Rising sea level will affect vegetation, erode shorelines, damage property and destroy ecosystems such as mangroves and wetlands that protect coasts against storms.

Warning: Scientists are projecting that sea levels could continue to rise between 10.2 cm (4 inches) and 91.4 cm (36 inches) over the next 100 years. Approximately 100 million people live within three feet (914 cm) of sea level which could displace tens of millions of people in low-lying areas. Kiribati, Nauru, Fiji, Samoa, Tuvalu and Tonga are some of the islands that would eventually submerge.

The amount of moisture that evaporates from land and water increases when temperature gets hotter, leading to drought in many areas and affecting lands that are more vulnerable to flooding once rain falls. This can bring about devastating consequences for agriculture, water supply and human health which are already happening in some parts of Asia like China, and Africa. Even so, drought and floods are already occuring at abnormal places.

Warning: Other factors such as rising sea levels, disappearing wetlands, and increased coastal development could threaten to intensify the damage caused by hurricanes and tropical storms.

Climate change is already happening, and if we don’t act now, it will not only permanently alter the lands and waters we all depend upon for survival, but also our lives. But here’s the unfair part – the world’s least developed countries contribute only 10 percent of annual global carbon dioxide emissions and are also the least responsible for the folly of the many developed nations that largely contribute to the world we live in today. Unfortunately the 3 billion poor people who live in poverty around the world will be the hardest hit by climate change.