Home › Blog › Choosing The Sex Of Your Baby

Choosing The Sex Of Your Baby 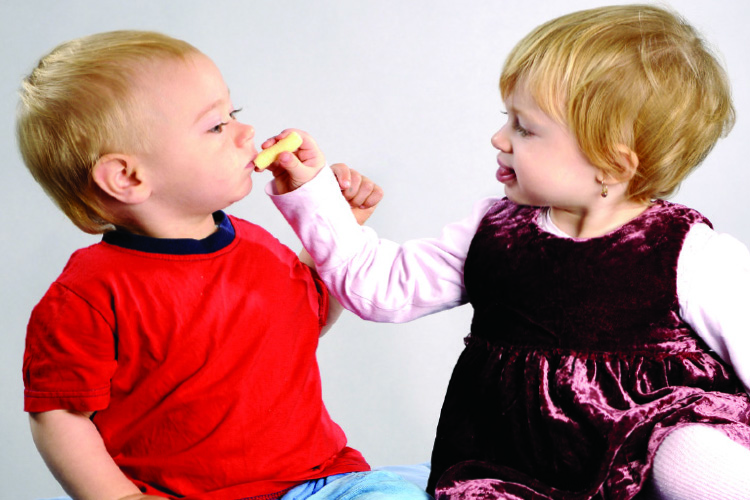 Are you a mum to a brood of energetic boys, yearning for a break from all that testosterone? Or overwhelmed with pink ribbons, dresses and everything girlish, and secretly wishing for a baby boy? BabyTalk investigates the natural and high-tech methods plus the old wives’ tales of selecting the gender of your choice.

For as long as babies-making matter, couples have been exchanging tips about ways to increase their chances of conceiving either a boy or a girl. Ranging from natural ways and folklore wisdom to high-tech fertility treatments, couples favour a particular sex for various reasons such as for the dreams of raising a specific gender, to balance out family or prevent their offspring from inheriting gender-related genetic diseases. To date, none of these methods have yet to be proven effective.

The natural ways are safe, non-invasive and can be done in the privacy of your own home. However, their effectiveness is questionable with only some scientific truths behind them.

Developed three decades ago by Landrum B. Shettles, MD, PhD, the Shettles method is arguably the most well-known natural strategy for choosing the sex of your child. It involves timing intercourse to a woman’s cycle and assuming certain sexual positions. Assuming that the male sperm are smaller, faster, and more short-lived compared to their female counterpart, it is recommended for boy-desiring couples to have sex closest to ovulation time. On the other hand, parents desiring a girl are encouraged to have sex in the missionary position about two to four days before ovulation. This is to ensure that only the more resilient female sperm remains in the woman’s reproductive tract by the time the egg is released. This method has reportedly been effective at least 75% of the time, with the rate slightly lower for girls compared to boys. To gauge ovulation, it is crucial to monitor basal body temperature or use ovulation kit on a daily basis.

The Whelan method argues that biochemical changes favouring boy-producing sperm occur earlier in a woman’s cycle. So if you want a boy, you should have sex four to six days before your basal body temperature increases. If you want a girl, you should have intercourse two to three days before you ovulate.Her technique is claimed to be 68% effective for boys and 56%for girls. Like the Shettles method, you must take your basal body temperature everyday to figure out when you’re ovulating, or use an ovulation prediction kit.

Thanks to the advancement in fertility treatments that allow doctors to create or identify embryos of a certain sex, conceiving a boy or a girl is now technically possible. The most accurate sex-selection methods using advanced technology are usually expensive, often encompassing invasive treatments and drugs with side effects.

Developed solely for screening of genetic disease purposes, PGD is increasingly used for non-medical, sex selection purposes although it is deemed unethical and illegal in many countries. It is an in-vitro fertilisation (IVF) procedure where externally-created embryos are screened for genetic disorders and gender. Invasive, it is almost 100% effective and can result in side effects from fertility drugs such as weight gain, bloating, swelling and blurred vision. A single round of PGD can cost more than US$20,000.

Dr Choong Kuo Hsiang, an obstetrician-gynaecologist with over 30 years of experience, thinks that turning to PGD technique merely for sex selection purposes is strictly unethical as it involves eliminating embryos of the wrong sex. “It is probably carried out in one or two fertility centres in Malaysia, where it is used to screen out sex-linked diseases. To my knowledge, they are not used to choose gender for social reasons.”

The MicroSort procedure involves a fluorescent dye technique that separates the bigger girl-producing sperm, which carry X chromosomes, from the boy-producing variety, which carry Y chromosomes. The sperm sample is then screened with a laser that illuminates the dye, where the bigger X chromosomes are identified via brighter glow compared to the Ys. Sperm of the chosen gender is inserted directly into uterus, oftenvia artificial insemination (AI). This technique is claimed to churn about 91% success ratefor baby girls and 73% for boys per pregnancy. A single session of MicroSort costs around US$3,000 per treatment cycle with AI.

The Ericson technique combines a sperm sample with a gluey fluid in a test tube. The boy-producing sperm are segregated from the girl-producing sperm by their swimming speed; the former tend to reach the bottom earlier. Sperm of the desired sex are then implanted into the uterus via AI. Ericsson claims the efficacy rate of 78% to 85% for boy babies and 73% to 75% for girls, although more stringent scientific validation is required. It is relatively safe, non-invasive and inexpensive compared to PGD and MicroSort. It costs around US$600 per insemination.

Not forgetting our great grandmothers’ “tried-and-true” tips which some medical experts just laugh off as myths. One popular method among Asians uses the Chinese gender calendar to predict a baby’s sex through the mother’s birthday. While these tips should be taken lightly, there’s no loss in trying as long as they don’t harm mum or baby. Besides, there’s always a 50% chance of success.

To conceive a boy…

To conceive a girl…

What does the expert think?

Dr Choong Kuo Hsiang, an obstetrician-gynaecologist at Pantai Medical Centre Kuala Lumpur, thinks that choosing the sex of babies is a futile, expensive exercise and fraught with disappointment. “Many couples want to balance sex ratios in their families. One always yearns for what one doesn’t have. Adding to that is the pressure from in-laws; inheritance issues favouring a male child, especially in the Asian societies load the equation too. Personally, I do not believe nor would like to choose the sex of my children. Babies are a gift from God and I am prepared to take whatever that comes.”

Choong states, “Be careful with the sex selection services available in the market. Some offer very attractive promises and claim up to 99% in success rate. As a clincher, they also offer ‘money back guarantee’ program as their costs of separating male sperm and female sperm is probably not astronomical and are waging 50/50 on your money. As such, it is easy for them to offer such a good deal. Always remember that to present knowledge, it is not possible to choose the sex of your baby.”