Home › Blog › Cholesterol: Is it really so bad?

Cholesterol: Is it really so bad? 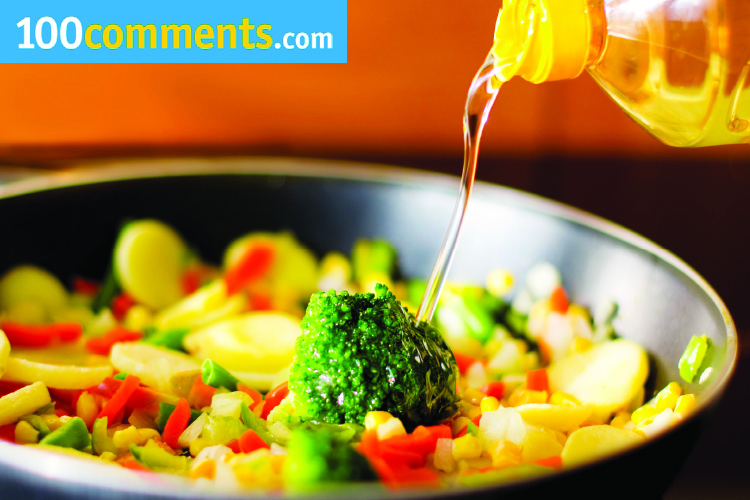 Have you been told your cholesterol is too high? And has it been recommended that you take one of the cholesterol lowering drugs? Before you let yourself be scared into submission, let me show you a little more about the whole picture.

Since the 1950’s, it has been assumed that cholesterol is the main culprit behind atherosclerosis, the thickening plaque lining the arteries that might presage a heart attack. It was therefore recommended that blood levels of cholesterol be lowered, and the recommended numbers themselves kept going down, According to Lynn Payer, in her book Medicine and Culture, the median total cholesterol range for initiating drug therapy was 340 to 359 mg/dl in 1983, 300 to 319 in 1986, 240 to 259 in 1990, and that same year dietary therapy was instituted at levels of 200 to 219 mg/dl total serum cholesterol.

Later on it was found that cholesterol could be split into different sized particles carrying different densities of lipids (fats) and protein. These were named lipoproteins, and they are compounds that have an exterior coating of protein covering a lipid core, which makes them water soluble. They contain three kind of lipids: cholesterol, phospholipids, and triglycerides, plus proteins.

They became known, respectively, as the “good” and the “bad” cholesterol, because elevated levels of the latter, and low levels of the former, were found to be associated with more atherosclerosis. Later on additional lipoproteins were found.

So this is all well and good. We’re supposed to have this or that amount of these in the bloodstream, with this or that proportion, so as to prevent the dreaded heart disease. But what are these particles really about? Where do they come from? What is their function, other than what we’re constantly being told, that they gum up the works?

You know, nature is very smart, and our bodies are super smart. They very carefully orchestrate their 75 – 80 trillion cells to work in very harmonious fashion so as to keep us alive. All the cells talk to each other, and there are always good reason why things are a certain way, in terms of survival of the bodymind. The fats in our bloodstream are there for a perfectly good reason. Let’s take a good look at the roles of cholesterol.

Cholesterol is classified as a lipid, although the dictionary definition is “a fat-soluble steroid alcohol.” There are two sources for cholesterol: endogenous (made by the body itself) and exogenous (consumed and found in foods). It is manufactured by the liver of all warm-blooded animals, and in humans it is a crucial component of several body structures and functions. The human liver manufactures between 800 and 1500 mg of cholesterol daily, so the endogenous contribution to total cholesterol is considerable.

Cholesterol has many important roles in the body. One of its functions is to lubricate the blood vessels to prevent damage to their walls by the vigorously rushing bloodstream. It is a major component of cell membranes, including all the membranes around all the organelles inside the cells, such as the mitochondria. It keeps these membranes with the right amount of both rigidity and flexibility. About 90% of the body’s total cholesterol resides in the cells. In addition, it helps build hormones (including estrogen, testosterone, and the stress hormone cortisol), bile acids, and Vitamin D. It affects the bones, because cholesterol in the skin is the precursor for Vitamin D, and without that nutrient the bones cannot obtain the calcium they need. Stress has been shown to temporarily increase cholesterol, as it makes up the stress hormones. Cardiologist Stephen Sinatra, in his book Heartbreak and Heart Disease, recounts how his cholesterol rose from 180 mg/dl to 240 mg/dl in about 6 hours, after a very stressfulcardiac surgery he performed – even though he had not eaten in about 6 hours.

When we eat, the fats in our meal get broken down into fatty acids, and after they pass through the intestinal wall, they are picked up by the chylomicrons, go into the lymphatic system and straight into the blood, bypassing the liver. Why would they do such a thing? Everything else we eat goes to the liver first, but not the fats. The chylomicrons are carried by the blood all around the body, and act like delivery trucks, dropping off lipids at all the cells that require them, to provide energy, insulate against temperature extremes, protect against shock, maintaining the cell membranes, and building various compounds such as hormones. As they drop off their cargo, these particles get smaller and smaller, and after 14 hours only a few bits and pieces remain, which are picked up by the liver and recycled.

Meanwhile, the liver makes cholesterol, triglycerides, and other fatty acids, and packages them with proteins as VLDL, sending these also out as delivery trucks with the materials that the cells need. As the VLDL’s lose triglycerides, they become LDL’s, proportionately higher in cholesterol, which keep on traveling around bringing their content to the heart muscle, the fat stores, the mammary glands, the endocrine glands, and such, which use these lipids to build or repair their membranes, make hormones, or store them for energy and later use. Our smart liver then makes HDL which acts as a cleaning crew, and is sent out to pick up unused cholesterol from the cells back to the liver for cleanup or recycling.

It becomes obvious that cholesterol is an essential substance for proper functioning. The more cholesterol is consumed, the less is made by the liver. Conversely, the less consumed, the more is made. Not only that, the more consumed, the less is absorbed. When people go on a high-protein diet, their cholesterol levels often go down. On the other hand, those who go on a low fat, high carbohydrate diet find their VLDL and triglycerides going up and their HDL going down, the opposite of what they would want according to the common medical wisdom. But the body wisdom is not to be dismissed – this reaction could mean that there is not enough cholesterol for the body’s needs, and so the body is conserving what it has.

So there you have it. A very sane and sensible system. Why would you want to use drugs to mess with it? The recommended blood values for cholesterol keep being lowered by the medical/pharmaceutical establishment. One scientist said that cholesterol-lowering drugs should be put in the water! I cannot imagine anything more foolish. The lowering of cholesterol alone would appear to be an unwise approach, considering that the drugs are known to cause liver toxicity and muscle weakness, peripheral neuropathy and even TGA, or transient global amnesia, a complete loss of memory for a short time.

There is controversy about the dangers of cholesterol. The International Network of Cholesterol Skeptics is a coalition of scientists that disagree with the theory that cholesterol causes heart disease. (www.thincs.org) Uffe Ravnskov, a Swedish physician and researcher, in his book The Cholesterol Myths: Exposing the Fallacy that Saturated Fat and Cholesterol Cause Heart Disease, charges that the majority of the review studies that support the cholesterol-heart disease association are seriously biased, that they ignore data that contradict the theory, and that they are written by researchers who get their major funding from pharmaceutical companies.

If “high cholesterol” of any variety is present with other symptoms of ill health, then lifestyle changes are in order to reduce the risk of disease. Specifically, one would do well to

4) have a reasonable amount of regular physical activity every day

5) and attend to one’s emotional health and wellbeing.