Home › Blog › Does Your Child Need to Nap?

Does Your Child Need to Nap? 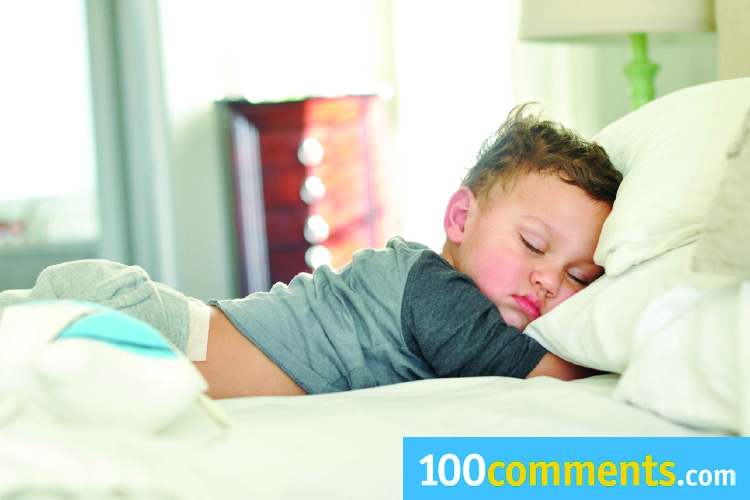 Nap – a really small word, but for most parents, it’s a hugely important one.

Sleep is a major requirement for good health. Crucial physical and mental development occurs in early childhood, and sleep provides much-needed rest little bodies need to grow and rejuvenate. For children to get enough of it though, some daytime sleep is usually needed.

Daytime napping helps to keep little children from becoming overtired. A tired child is usually a moody and cranky one and this moodiness may last throughout the remaining of the day! At times, tiredness is also known to affect the quality of a child’s sleep at night.

The sleep needs of children vary from one child to another. There is no “one-for-all” when it comes to sleeping hours. However, there are certain factors that may influence the amount of sleep needed by a child, and these include the age and the total sleep-time of a child during a 24-hour period. For example, one toddler may sleep 13 hours at night with only some daytime catnapping, while another sleeps only 9 hours at night but compensates with a full 2-hour nap each afternoon.

These age-based guidelines might give you an idea of the average daily sleep requirements of a typical young child:

Birth to 6 months: Infants sleep a lot! These little human beings require about 16 to 20 total hours of sleep per day. Younger infants tend to sleep on and off around the clock, waking every two or three hours to nurse. As they approach four months of age, sleep rhythms become more established. Most babies sleep 10 to 12 hours at night, (interrupted for feeding), and an average of three to five hours of sleep during the day (usually grouped into two or three naps).

6 to 12 months: Babies this age usually sleep about 11 hours at night, plus two daytime naps totaling three to four hours. At this age, most infants do not need to wake up at night to feed, but other factors such as separation anxiety may contribute to sleep disturbances.

Toddlers (1 to 3 years): Toddlers generally require 10 to 13 hours of sleep, including an afternoon nap of one to three hours. Young toddlers may even take two naps in a day. However, it is essential for parents to make sure that naps are not taken too close to bedtime, as this would make it difficult for them to doze off at night.

Preschoolers (3 years old): Preschoolers sleep for an average of about 10 to 12 hours at night, plus a short afternoon nap. Many of them tend to give up this nap-time by the age of five or so.

Even for adults, numerous and studies have revealed that it takes 21 days to form a habit. Babies and toddlers also need this type of consistency to form a ‘habit’ of napping. So, if you haven’t already done so, try to schedule your baby’s naps for roughly the same time every day. Remember, as the naps get more and more consistent, it will throw baby off track if there are sudden changes. For example, if you routinely put your baby down for his afternoon nap at 3pm and then one day put him much earlier or later, the little one’s regular sleep pattern might be disrupted. Similarly, babies who are put down for their naps at different times every day will find it difficult to form a dependable sleep pattern.

Getting into a napping routine

The key to good napping can be as simple as setting up a good nap routine early on and sticking to it. With infants, watch for cues like fussing and rubbing eyes, then put your baby down for a nap while sleepy but not yet asleep. This teaches kids how to fall asleep themselves — a skill that becomes more important as they get older. Soft music or light tapping on the body can help ease the transition to sleep and become sources of comfort for your child too.

For toddlers, sticking to a nap time schedule can be more challenging. Though many do still love their nap, others don’t want to miss out on a minute of the action and will fight sleep even as their eyes are closing. In this case, don’t let nap time become a battle — you can’t force your child to sleep, but you can insist on some quiet time. Let your child play quietly in his or her room. Parents are often surprised by how quickly quiet time can lead to the little one dozing off!

Even if it doesn’t, at least your child is getting some much-needed rest. If your child has given up daytime naps, consider adjusting to an earlier bedtime.

Why your child needs to nap

Many parents worry that nap time will interfere with kids’ bedtime (and if a child takes a late-afternoon nap, this could be the case). But before you end naps entirely in an effort to wear out your child by bedtime, consider this: Well-rested kids are quicker to settle down at night than overtired ones. Overtired kids are often “wired” and restless, unable to self-soothe at bedtime, and more likely to wake through the night.

If you still feel your child’s late nap is the cause of bedtime problems, try getting them to nap a little bit earlier. You can begin by waking your child a little earlier in the morning so the nap can begin sooner.

You might also try waking your child from a nap earlier than usual so he or she has a longer active period before bedtime. In other words, try to make some adjustments before abandoning the nap. Trust us, your child (and you), simply can’t do without it!

Most parents underestimate the amount of sleep their children need, so be sure to watch your child’s behavior for signs of sleep deprivation, which can range from the obvious — like fatigue — to more subtle problems with behavior.

If you answered yes to any of these questions, consider adjusting your child’s sleep or nap schedule. It may take several weeks to find a routine that works. Talk to your doctor if you have concerns about your child’s sleep.