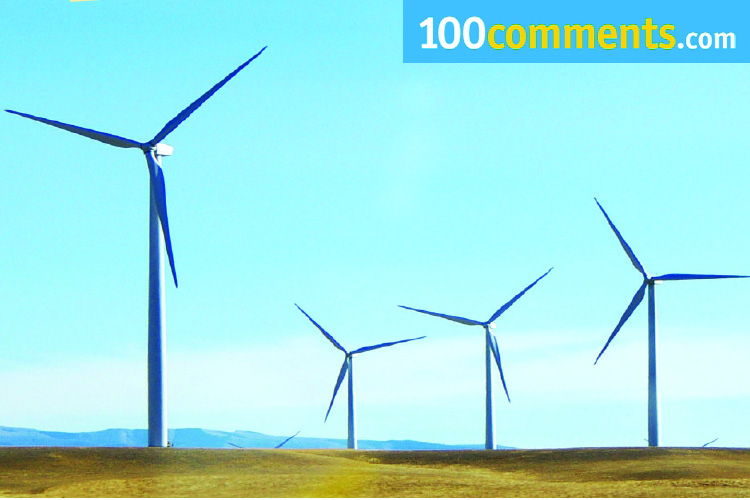 Two months ago I arrived in Malaysia to do an internship and to discover Malaysia and its culture. Of course I found many differences between the way we live back in the Netherlands and the way you live here. Not only in the food, daily routines, and the infrastructures, but also in our habits related to nature and the environment.

The differences I found were really interesting for me and for this reason I’d like to share them with you as nature-loving readers. In a two-episode article I will also take you to my life back in the Netherlands and tell stories about the environment and life there, to show you what’s normal for Dutch people. Hopefully the differences and my experiences in the Netherlands can inspire you in finding ways to save our earth.

Where do we differ?

Hey, they are still using light bulbs over here!

Instead of light bulbs, we use energy-efficient LED bulbs now. Because of great progress in the development of these lamps, these bulbs work in the same way as light bulbs, emit the same degree of light, aren’t more expensive, and is one of the most efficient and easy ways to save energy.

What’s with all the rubbish in the streets?

One of the most glaring differences I found when I entered Malaysia was all the rubbish in the streets. Stores, restaurants and passers-by drop their refuse on the street with least care. The reason why you won’t find this in the Netherlands is that every household and store has its own green and grey containers, provided by the local authority. The green container is used for kitchen and garden waste, while the grey one for all other rubbish. The local authorities empty these containers every week and by doing so, the streets stay clean.

On the streets of Malaysia you can also find lots of plastic bags, styrofoam containers, garbage cans, etc. But back in the Netherlands, even along the roads and cycle paths you will find “Blikvangers” (can catchers) in which you can drop your rubbish while driving or cycling.

To improve the recycling process, residents in the Netherlands separate paper, glass and chemical waste, like batteries and paint as well. Last year, the government asked us to separate plastic, so by now most of the households separate plastic too. These refuse bags with plastic are collected by the local authorities as well.

Hot in Malaysia? No, it’s rather too cold!

Because of the air-conditioning systems, it’s freezing in every building and bus out here! To an outsider like me, it seems a little strange. Why don’t you take off your jackets and ties, long pants and sweaters and change them for shorts, t-shirts or even thinner or looser clothing according to the weather? Then you can turn your air-conds down or even off them completely and save so much energy!

Back in the Netherlands we spend a lot of energy to warm our houses instead of cooling them. We have a central heating that warms the whole house during winter. This is unavoidable as the weather can get too cold to bear.

No political parties to speak on environmental issues?

The political parties in the Netherlands have topics about nature and environmental care. The Dutch are beginning to worry about the future of the earth more and more, and the parties respond to this by adding environmental care topics to their mandates. The issues covered include building of new nuclear power-stations, the progress in green energy, biological food industries and taxes on environmentally unfriendly products, etc.

There is even a party that has a total focus on environmental care and sustainable solutions for the future. Every of its political issues and decisions take nature and the environment into consideration first. This party is not the biggest in the country but has a lot of supporters and occupies ten of the 150 seats in the Chamber of Deputies.

I cannot drink straight from the tap?

In the Netherlands, there are lots of water purification stations which provide clean drinking water from the taps in our houses and in public spaces like sport schools, libraries and universities. The quality of the tap water is guaranteed by a committee of the government and there is even a tap water law! Ground- and river water is pumped into water purification stations and filtered in different stages. Once it is filtered and disinfected, the water is sent to our houses.

Because we can drink the water from the tap, we don’t have to buy plastic bottles, which in turn helps and protects nature. But I have to admit, the whole clean-tap water thing is a little overdone. We even flush our toilets with drinking water, which I feel is a waste. On this point I think we should take example from many Malaysians who have a separate water tank or container in their gardens or balconies to catch rainwater for various uses other than drinking.

How Malaysians can help save the environment.

The alternative light bulbs use less energy, so besides helping nature, you can also save money on your monthly energy bills.

Turn off your air-conditioning system

As mentioned earlier, change your business outfit for a summer outfit and turn that air-cond off. It is probably a little too ambitious to get all Malaysians this far, but at least you can start this energy-saving trend at home or suggest it at your office.

About a year ago I joined my first exchange party. I met some friends and we brought things and clothes we didn’t use anymore. At this exchange party we showed each other what we brought, tried the clothes, checked out devices, books and so forth and finally took whatever we needed. By end of the day we looked back at a fun, amusing afternoon. Almost everything was gone! So it was good news for the environment as well, because we didn’t have to throw away our old stuff and didn’t have to buy new ones: We had recycled all our goods in a very pleasant way!

Through recycling, and reusing our clothes, we spare ourselves from additional expenses in the Netherlands. Very often worn clothes are given to a younger family member or to neighbours. You can also give your used clothes to a charity. There are boxes in every city in which you can deposit your used clothes for charity. Once our clothes become unfashionable, too small to fit, worn-out or damaged, we convert them into textile dusters, ceiling-mops or find many creative ways to reuse them.

Meetings on the environment

In our sorority we have a yearly tradition in which we make other people aware of something that’s going on in the Netherlands or abroad. Last year we took the environmental problem and organized four evenings about environmental sustainability. We invited experts, visited a waste incinerator, arranged a party under this theme and had a lot of discussion about the subject. So by setting-up evenings like this, the problem can be presented in a fun and divergent way, but at the same time make a lot of people aware of the problem and hopefully change their thoughts and habits on saving the environment.