Home › Blog › Calories – How Much Do They Really Count?

Calories – How Much Do They Really Count? 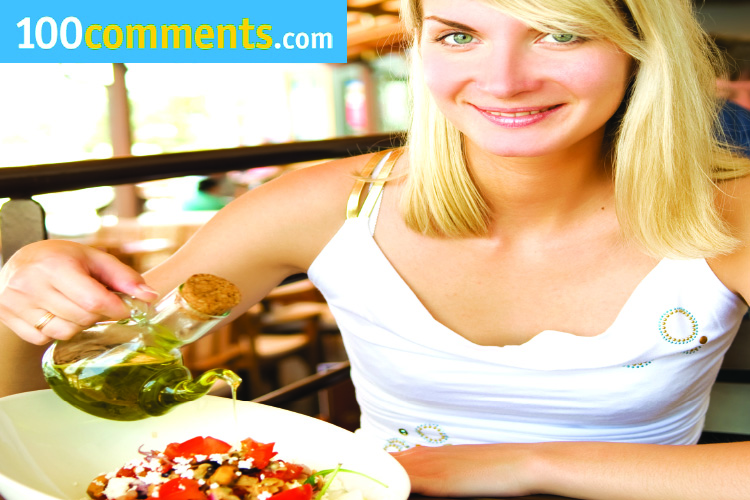 Not that they ever left, but calories are back in the news. New York City has recently passed an ordinance that requires restaurants with more than 15 outlets (i.e., chains) to post the caloric count in their dishes next to the prices. This move is apparently causing a great deal of reshuffling of menu items, according to an article in the New York Times (“Calories Do Count,” by Kim Severson, 10/29/08, p D1).

The calorie counting habit has been around for about one hundred years, and while it took a back seat for a while to the counting of grams of protein, carbohydrates, and fat, now it seems to be back on top of the public consciousness.

What are, exactly, the calories that people count? First of all, they’re not “things.” They can’t be seen. They are not “in” food. At best, the digestion of the food liberates them. At worst, there is no real way of knowing how many calories you “get” from the food you eat. Let’s look at the context.

The idea of calories comes from the science of thermodynamics. The application of the concepts of thermodynamics to digestion and absorption was born in Germany in the mid-1800’s with the work of Justus von Liebig, who stated that living beings and non-living machines were chemically equivalent. His contemporary Julius Robert von Mayer, a German physician and physicist, was the first to state that oxidation is the primary source of energy for any living creature, and eventually applied what became the first law of thermodynamics to living organisms.

The first law describes the conservation of energy, and it became widely assumed that it underlies all of metabolism. In other words, the concept was that the body acts pretty much like a machine, using energy (heat) to do work – in the vernacular, “calories in” should equal “calories out.” While this concept is mostly true, it is also limited, because it does not factor in that the body also has a reaction and may make changes that confuse the equations.

This is the definition: One regular calorie is the amount of heat needed to raise the temperature of one gram of water from 3.5 degrees centigrade to 4.5 degrees centigrade. The calories derived from food are actually 1000 of those, technically called kiloCalories, or kCal. But for short, we call them calories.

How is the caloric value of a food measured? Well, the food is put in a machine called a “bomb calorimeter” and burned, and the amount of heat it gives off is measured. As this has been done in past experiments with most foodstuffs, there are now extensive tables with those figures, and these tables are then used to calculate the caloric value of a food. What this means is that you will never know the exact caloric yield of the food you’re eating – unless you burn it, and then you can’t eat it. So all those numbers are approximations.

Here is the catch: caloric value also means “enough” or “not enough”. When the food we eat is digested, it is assumed that it releases heat, which gives us the energy necessary for our metabolism. If we consume food that has more calories than we need, the assumption is that we store the excess as fat.

If a person lowers the caloric intake so as to “lose weight”, the body may read this as “not enough to eat”, and respond by lowering its basal metabolic rate, so as to function on fewer calories. This is a phenomenon well recognized by women dieters, who suffer the most from it.

Men’s bodies appear to function more along the standard thermodynamic model – ask any woman who’s gone on a diet with her mate and she will complain that he lost plenty of weight while she didn’t. Here is my assumption about that situation: women’s bodies are more sensitive to “not enough” (also known as “famine”), and will adjust their metabolism by slowing it down, because they never know when they have to make a baby (or at least never used to know), and need to manage with the food available.

There is another serious problem with the calorie idea: it implies that all calories are equal. I will wager my 35+ years in the field of food and health that this is not so. The calories from wholegrain bread are not the same as the calories from pound cake. In other words, the calorie idea does not have any room for the concept of quality. Many of my students have lost weight easily, eating to their heart’s content without counting calories, when they went on a health-supportive whole foods diet.

When people ONLY look at calories, they may ignore the actual ingredients and end up consuming junky food quite contentedly! You may have heard about Olympic medalist swimmer Michael Phelps and his 12,000 calorie diet. It’s a doozy! Of course this man spends 6 or more hours a day swimming and training, so he needs plenty of food, no problem there. The following is an overview (http://news.bbc.co.uk/1/hi/world/asia-pacific/7562840.stm):

(This diet allowed Phelps to win a record number of medals in the last Olympic games. Regardless of the “quality,” I would not change it in any way – as I’m a strong believer in “if it ain’t broke, don’t fix it.”)

Therefore, if you are looking at a tuna melt sandwich yielding 1,270 calories and feeling horrified – this would be just the perfect lunch required for an active young male. Asking him to make do with a 690-calorie salad is counterproductive – he will get hungry and keep eating and snacking all afternoon, because he didn’t get enough to eat!

How do you apply the calorie concept to eating? What I have seen people do is estimate the calories in each bite or each dish, including drinks. This activity turns eating into a left-brain math exercise, detracting from the possibility of enjoying the right-brain sensory experience of the food. Besides being a depressing way to eat, it is also inexact – remember that we really don’t know exactly how many calories our food yields, and all the guilt feelings that this eat-by-the numbers system brings make it even worse. This is how people become alienated from their food, and approach it with trepidation and fear.

We also don’t know if our individual body burns food at the same rate as others do – people have different metabolic rates, fast or slow or medium. The numbers cannot be exact in individual cases. There was an idea that went around a few years ago, that if you ate 2 extra tablespoons of peanuts (35 calories) for 300 days you would gain 3 pounds – this may be numerically correct, but for most people, their weight generally stays stable, even with the extra peanuts, unless they engage in yo-yo dieting.

Cooking with the calorie concept generally obliterates creativity. Every bit of the protein, carbohydrates, and fats in the dish must be precisely measured. Then you run the recipe through a nutrition software program, which will tell you how many calories it yields, and you divide that by the number of servings. Then you put the dish on the table. If people take their own helpings, there goes the math out the window. If you do the serving, you must weigh each portion exactly.

But what if people at the table have different caloric needs, or different rates of hunger? Are you going to say, “you must take another tablespoon, you’re 63 calories short?” Or, the reverse: “you get two tablespoons less, you’re 126 calories over your allotted portion.” Try that one on your family, or your friends! Also, satiety is important – people need to feel they had enough to eat.

I find the calorie concept cumbersome, user un-friendly, guilt-provoking, and complicated to apply. I personally have never felt it to be helpful in any way. I believe it has greatly contributed to the dysfunctional approach to eating of Western urban civilization, especially among women. It’s probably a good idea to apply it to chain restaurants and reduce the portions that have gotten so ridiculously super-sized in the past 20 years, but for general healthful eating, it’s not helpful because technically you could eat all your calories from ice cream and cookies, which is patently absurd. Therefore, I will remain with the approach we have been championing at the Natural Gourmet Institute for more than 30 years:

If you choose your food that way, your body will automatically eat the foods that give you the calories you need, and of course all the nutrients. It is the most user-friendly dietary system I have found, applicable at all times and to all cultures, and you can keep using it for the rest of your life.