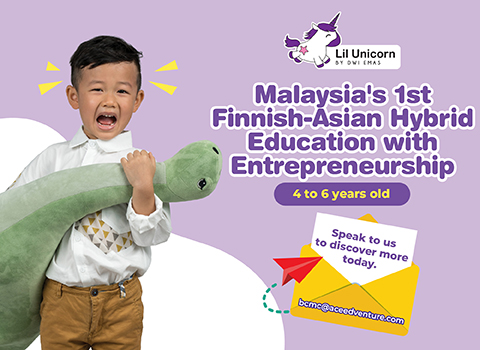 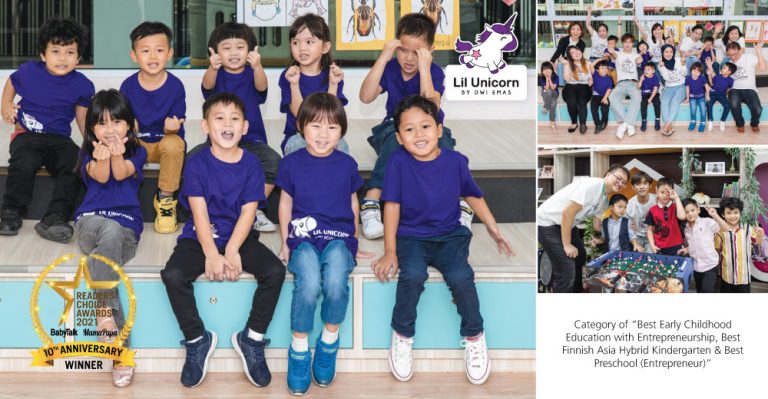 A quality foundation ensures a strong, reliable building, one which will stand tall and proud for decades, even centuries to come. This principle can also be applied to the effect early education has on the lives of an individual. A strong foundation will ensure a better life for students, and not just during the duration of their schooling. On that similar note, a weak and faulty foundation, which is sadly what we’re facing today in our education system, would sooner or later cause a person to run into difficulties during their schooling years . This can be demotivating, frustrating, and a pain to undo.

BabyTalk recently had the opportunity to catch up with two prominent siblings in the education industry. They are Ms Anne and Ms Melinda, founders of Lil Unicorn Academy, and through our conversation, we learned more of what the ideal schooling environment should be like, particularly at the early stages, or during one’s early education. For those who are not aware of this, these ladies have a rich background in teaching children, whereby Ms Anne was also quoted as saying “There are individuals whom I have been teaching throughout their entire schooling life!” Her sister, Ms Melinda, who took up teaching Math and Science subjects in Singapore, happens to also be a civil engineer by qualification. Read on to see how this has played its own special role in the school’s success.

How Lil Unicorn came to be also has a rather interesting air to it, for the founders did not decide to start from ‘the bottom’, so to speak, or at the kindergarten and preschool levels. Rather, they were already trying to make some changes among secondary school students before that. “As we were attempting to clean up that ecosystem, we could not help but notice that this group of students are really suffering as a result of a poor education foundation,” Ms Anne explained. As they worked backwards from secondary and primary school levels, they were still not truly aware yet of the ‘damages’ to be uncovered ahead as a result of inadequate earlier education.

“When we opened our schools and saw what was coming in at the primary level itself, we knew we had lots to undo, plus, we have to offer families a better foundation for their kids down from the kindergarten level to start making a difference,” Ms Anne shared.

The way kids were meant to learn
They knew what they had to do and how they wanted it done, and they also knew that they had to step away from the traditional ways if they were to help kids excel. Since they already know that the entire system wasn’t doing well in the first place, conventionally trained teachers would not have been right for the job, that was for sure. So, imagine if you will, the subject of Math, for instance, being taught to kindergarten kids by an engineer. Before we get to that, did you know that there are very few math-inclined people out there compared to people who are not great at math? Yes, studies show that 80% of all people are not math-inclined. The issue is, alarmingly, most of our math curricula are created for schools by the math-inclined. This means that most students learning math are doomed to failure or poor performance!

As a result of her research into how kids learn best, Ms Melinda came to know that kids tend to pick up lessons quicker and more successfully when they are initially introduced or exposed to something, physically. In other words, they need to hold, touch and see something first before getting to the pictorial aspect of it, and then only can they fully grasp the abstract part of it. A simple example was how Ms Melinda herself introduced mathematics to her then preschool daughter. “I would do something like actually give her two objects, sweets as an example. I would then give her three more, and ask her how many she had then. She would start to count them and conclude that the answer is five. Only after that will other aspects of the subject, such as pictorial and abstract come in,” she generously shared. “Here’s the problem; the standard way of teaching Math was created by math-inclined people, hence they are mostly, if not fully, abstract (as in, they are taught from the beginning itself in symbols such as 2 + 3 = 5),” revealed Ms Melinda, a math-inclined engineer herself.

Another conventional method of teaching is through rote learning and memorisation, and if we look at the Math subject, you can see how this isn’t going to end well. “Memorising may work during the earlier stages of learning mathematics, but when students start to learn algebra, for instance, they’re bound to run into serious challenges which will negatively affect their performance,” Ms Melinda went on to explain. After offering more comprehensive explanations of how mathematics should ideally be taught to kids, Ms Melinda added, “Imagine how easy math can be for school children as they grow older with all the proper foundation laid out!” “In the meantime, in our kindergarten, the little ones are already sorting out their x’s and their x-squares without issue,” Ms Anne quipped with a smile! Well, that is the power of quality education delivered by quality educators, if you ask us. And, do keep in mind that this is just one example, out of one school subject, whereby they all need to be rectified for children to be successful learners.

Lil Unicorn: The best of the East and the West
Finland has one of the best education systems in the world – a fact well-known by many. As explained by Ms Anne, the aim at Lil Unicorn was to merge the best practices from the East and West to come up with a curriculum that works, while still maintaining important education elements that most Asian parents are reluctant to do away with. Ms Anne went on to explain that the solutions to the education issues we’re facing in the East should ideally come from the East. “We cannot fully adopt the whole idea of how they teach over in the West and implement it here, for that would not work,” she stated. Hence at Lil Unicorn, what they’ve done is anchored the best practices taken from Finland to what we already have here. It’s also where techniques come to play, such as techniques in counting, as well as memorising, to the point of being able to use them for a lifetime!

The way Ms Anne and Ms Melinda see it, and we tend to agree fully, the old system has failed. And leaving things be when it comes to kids’ education will just keep reaping the same old results of them suffering throughout their schooling years and beyond, being miserable, with low self confidence, and with very little sense of creativity. They’ll also be losing out a lot, especially in the Western world where one would need to be able to converse well and sell their ideas. The Eastern way of education focuses a whole lot on academic rigour, without much room left over for social and emotional growth – which are actually very important for the complete development of children. Children need to enjoy their lessons and have a sense of fun while learning. At Lil Unicorn, adopting some best practices from the Finnish education system means that fun and zest are now introduced into the curriculum, allowing kids to enjoy their schooling so much that they don’t realise that they are actually learning and excelling, even in complex lessons such as algebra and add-math.

Speaking of algebra and add math, at Lil Unicorn, the Mortensen Math method is implemented and taught, and the school has been witnessing resounding success with preschool children excelling in levels of math that even many adults still fail at!

We were also made to understand that there were other factors behind the choice of partnership with the Finnish, instead of any other country excelling in children’s education. As clarified by both sisters, that’s because they were the only one, in terms of a potential partner, who was willing to listen to the needs of Asians, and cooperate to create a curriculum that works. “They did not try to force their ways onto us, and instead, were willing to work hand-in-hand with us, and with what we had in mind for Lil Unicorn. As a result it is such a joy to be in partnership with Dr Kati Rintakorpi, and Taina Mikkola as we realised our vision for what we wanted for our school.” Ms Anne declared.

Behind the name and its mission
Lil Unicorn is known for its Entrepreneurship program for kids, for which it has also earned accolades from our Readers’ Choice Awards. In fact, Entrepreneurship is the epicentre of the curriculum here at Lil Unicorn. But one may be wondering, what’s with the name “Lil Unicorn”. Well, for those who are not aware of this, in the venture capital industry, ‘Unicorn’ is the term used to describe a startup company with a value of over $1 billion. From an education aspect, teaching kids the concepts of entrepreneurship is akin to giving them a shortcut, by means of a mindset to a life of success. They are exposed to the spirit of an entrepreneur to impact the necessary changes that need to happen; at the same time, be sustainable and empower the community and the world around them. Isn’t this like looking for a unicorn? Well, it’s easy now to see the reason behind the name “Lil Unicorn”, isn’t it?

The entrepreneurship program opens up their minds to all the possibilities of their futures like no other curriculum can, and it instills the thirst for knowledge and learning which follows them into their adulthood. And may we remind, yet again, that the curriculum does not call for an overload of homework and unnecessary stress on growing children, but instead, there is a sense of looking forward to school, and always, always anticipating the lessons to come. How cool is that?

It wasn’t easy at first to gain parents’ trust in this curriculum, as pointed out by the founders. This is Asia after all, so when there’s a whole lot of fun involved, less homework, and students seem to be enjoying themselves, with no school-related stress whatsoever, Asian parents start to wonder if something is amiss. “Stressing on the fact that our curriculum is part Finnish helps, considering that Finland is rated top in childhood education,” Ms Anne reminded. Plus, let it also be known that the lessons are never dumbed down for the kids, and this also pleases parents. In fact, there is actually a healthy level of academic rigour, whereby students of Lil Unicorn Academy do truly emerge smarter, more confident and knowledgeable. Plus, they did not have to sacrifice their childhood for this outcome!

Give them a call at 019-927 3830 or bcmc@aceedventure.com. For more information and/or to enrol your child into Lil Unicorn.