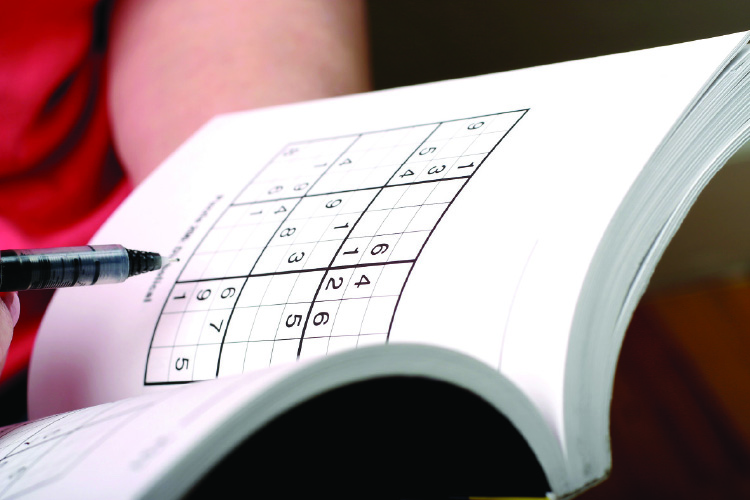 Our brain is the most important organ of our body. Every process that takes place in our body is the result of our brain’s activity. Not only does it function as a centralized ‘control centre’ for the other organs in our body, the brain is also the physical structure that generates the mind. Even though much research have been conducted about the human brain, the complexity of it continues to baffle us all.

How is it that some people seem to be able to effortlessly remember every little piece of information, even the most mundane, while some seem to need to put in extra effort just to remember a phone number? And how is it that some others have cognitive reserve, which is the ability to maintain most or all normal brain functions even after Alzheimer’s disease, dementia or decreased memory occur?

Regardless of one’s mental health and strength, up to 9,000 brain cells die each day in the average human body. Although they are quickly replaced with new ones, we need to exercise and utilize these new cells so that they, too, do not die away. Unlike physical exercise in which you can see your muscles gain form, brain-boosting is harder to do and even more difficult to track its progress. We don’t know how brain cells are dying or how many we are bound to lose. So what can we do to ensure that our brain is functioning, and will continue to function, at its best?

Starting Your Engine in the Morning

A dose of caffeine

You might be raising your eyebrows at this but there are many research findings that revealed the benefits of caffeine. Research showed that students who drink coffee before exams have higher scores. Caffeine has the ability to stimulate brain activity, speed up the thinking process and improve focus. A French study found that women aged 65 or older who consume more than three 5-ounce cups a day were 33% less likely to experience a decline in verbal fluency than those who drank less than a cup.

However, too much caffeine can be counter-productive as it can cause stress or trigger anger easily. Moderation is always the key but if you are uncertain if caffeine is indeed beneficial for you, you can always brew some just for a good long sniff. The lovely smell of freshly brewed coffee has positive effects too. According to a research by the Kyorin University School of Medicine, coffee has one of the most stimulating scents to the brain.

Have the most important meal-of-the-day

The most important meal of your day is breakfast, the meal that many opt to skip due to the morning rush. Breakfast provides fuel for your body for the rest of the day and studies have shown how eating breakfast can give your brain a powerful edge. Even if you cannot sit down for a proper meal, have a snack at your workstation. You can enjoy a healthy power breakfast of brain food such as fat-free yogurt or blueberries sprinkled on top of cereal. Not only are blueberries great antioxidants, they also increase blood flow to the brain which helps improves your neuronal function.

Games for the mind

Do not fold away the morning paper as soon as you are done reading the news. Turn the page to the daily crossword or sudoku and give your brain a little work out by completing the puzzles. These mind games will hone your ability for critical-thinking and recalling past memories. It is also a great way to boost attention and mind-processing speed, and is also mentally invigorating! If you prefer, you could download puzzles to your phone too and do them during advertisement breaks or while waiting in a queue.

We have this smart little thing called a GPS which tells us how to get to our destination. On the downside, the GPS takes away your opportunity to utilize parts of your brain involved in spatial navigation. The hippocampus, which controls memory and orientation, doesn’t get a chance at ‘working out’ too. Rely on your own memory and sense of direction before you turn to the smart device for directional help.

Move it, move it

Exercise is not only good for keeping you in great shape and condition. It is also good for your brain. Cardio exercises especially may increase the volume of the hippocampus. What’s good is that you don’t even have to get a gym membership to exercise. Opt for the stairs instead of the lift or escalator and walk to your lunch spot instead of driving. All you need is to walk at least one mile a day to get enough brain exercise.

Enhance memory and critical brain functions, and stimulate awareness by using full-spectrum bulbs for lighting. You would never have guessed that light emanating from these bulbs are similar to the light that humans were accustomed to before electric illumination, which works well to influence your mood.

Keep Your Groove on at Lunch

Make an appointment during your lunch break to see your doctor to get your eyes and ears checked. Your eyes and ears are important tools that provide input to the brain. To ensure input to the brains remains optimal, have your vision checked annually and hearing intermittently with an audiogram. When you reach your mid-40s, you should start getting your vision and hearing checked regularly.

Fill up your lunch plate with carrots, celery and green bell peppers. They are some of the best sources of luteolin, a flavonoid which may reduce the risk of dementia. Luteolin is also found in olive oil as well as peppermint and chamomile teas, so swap your cooking oil for the healthier version and make yourself a cup of tea.

This is likely to be everyone’s favourite and the easiest to do too. The benefits of a 30-minute afternoon snooze are already common knowledge; they are not called “power naps” for nothing. However, a recent study by Matthew Walker, Assistant Professor of Psychology at the University of California, Berkeley, found that research subjects who took a longer nap increased their ability to learn. It is believed that this is due to the fact that during stage 2 non-REM sleep, short-term memories are cleared from the brain, leaving room for new and fresh learning.

Geared Up in the Afternoon

According to Gary Small of the UCLA Longevity Centre, doing Internet searches engages the brains. So unleash your inner geek and explore the virtual world of information. Try out the different available web search engines such as Yahoo!, Google, Bing and more.

Say “no” to nicotine

You would have known the risks that smoking carries before you started but yet you went ahead. If the increased risks of getting cancer do not scare you, maybe you ought to know that French scientists from the Institut National de la Sante et de la Recherche Medicale had proven that middle-aged men and women who smoke almost double their risk of “memory deficit and decline in reasoning abilities.” In simpler terms, smoking makes your brain malfunction! Another study which observed individuals as young as 35 for more than two decades also showed that the biggest cognitive benefits of stopping smoking became evident 10 years after cessation.

If you have always take route A to work, try another one some time (but of course not if that route gets you stuck in traffic longer than you usually do!). If you have always brushed your teeth before showering, then do it the other way round for a week. In other words, you’re your routine! The author of Save Your Brain, Paul Nussbaum, states that one of the best methods to boost your brain power is to break routines. Changes in routine encourage brain activity and gives your brain a workout as it tries to process things done a different way.

Make sure your dinner is rich in omega-3s such as found in salmon, tuna (especially bluefin tuna), sardines and herring. The omega-3 fatty acid DHA contained within may help to increase your abilities for non-verbal reasoning.

It is a well-known fact that watching television is detrimental to your mental health. When you are between 40 and 59, every hour spent watching television increases your risk of developing dementia by 1.3%. On the other hand, each hour spent on intellectual activities decreases Alzheimer’s risk by 16% and an hour of socializing causes an 18% decline in risk. You don’t need to be a Maths expert to figure out that brain exercises works more for your mental health than the idiot box (and its various reality programmes).

Learn a language or instrument

A language can be learnt online; there is no need to head to a language centre just before you call it a night! Simply take up an e-course or download audio to listen and unwind just before bedtime. According to Judith Kroll, director of Pennsylvania State University’s Centre for Language Science, people who know more than one language are better multi-taskers. If you prefer music over language, select a musical instrument and achieve a similar effect by mastering a new song on that instrument.

How well you sleep is deeply affected by the quality and quantity of light you take in just before you hit the sack. According to Frisca Yan-Go, director of the UCLA Sleep Disorders Centre, backlit displays such as those on laptops, tablets, and other devices overwhelms your brain with stimulating blue light. Thus, you are denied the calm essential for a good night’s sleep.

Boosting the brain power can be done throughout the day in one or more simple methods that do not take up much time or effort. Don’t be lazy as it is your own brain that will benefit from your efforts. Just keep on with this regime daily for better mental health.