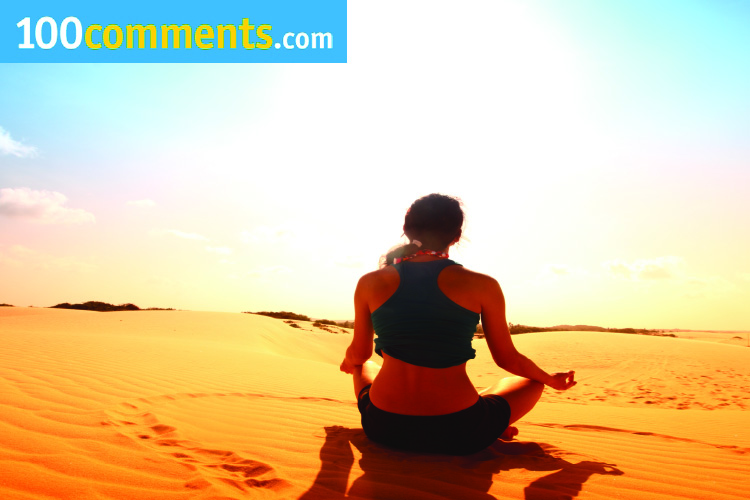 Hollywood celebrities have always been obssessed with yoga, in its many forms and variations. And what attracts them to this 5,000 year old Indian ancient practice is mind-boggling. Some do it to trim their bodies, others to save their souls, while some just to show off.

Jennifer Aniston credits yoga with helping her survive her split from Brad Pitt; Charlie Sheen uses yoga to lose his excess baggage; and even Russell Simmons has a video titled ‘Yoga Live’ set to hip-hop music. It looks like these celebrities can’t get enough of that little mat and how the simple ‘asanas’ can change their lives and lifestyles. Bikram Yoga is no exception.

Bikram Yoga, launched in the 70’s by Bikram Choudhury of the Yoga College of India in California, is a set of 26 different asanas practiced in a room with temperature of 105 degrees Fahrenheit (40.5 degrees Celsius!) with about 40% humidity. The classes usually last for about 90 minutes. The colourful Bikram has attracted celebrities to his brand of volatile yoga and has franchises of Bikram schools all over the country.

And why on earth does Bikram want you to practice yoga in a heated room?

Heat is used in order to allow you to go deeper and safer into a pose.

Your body becomes more flexible in the heat and since most poses used in Bikram Yoga are physically challenging, heat allows you to get into a pose that you never imagined possible.

It also eliminates the risk of injuries, promotes sweating, and helps you release the toxins in your body.

The poses in Bikram Yoga not only work on your muscles but also on your internal organs.

Each pose stretches and strengthens your muscles, joints, and ligaments and, at the same time release the toxins and work on your internal organs like the glands and the nervous system.

“I don’t sell cheesecake, you know that?” asks Choudhury. “So you come there to suffer. If you don’t suffer, you don’t get anything. Nothing easy in life.”

But isn’t yoga supposed to be relaxing and meditative, and not to torture? Not one to hold back his words, Choudhury says “No! That’s the biggest problem in America. That’s the way yoga [was] introduced to America. Yoga [in America] means sit and close your eyes and you will look at the lamp and look at the crystal and meditate.”

In Bikram Yoga, meditation starts on the outside, in pushing the body to its extreme.

Choudhury explains, “You use the body as a medium to bring the mind back to the brain. Perfect marriage between body and mind. Then, you can knock the door to the spirit.”

But Bikram Yoga has attracted its own set of controversies in the past. Medical professionals had many times warned newbies to be given instructions on hydration and on modifying poses to avoid pushing the body too hard. But Choudhury, who is usually dressed in nothing but a Rolex and a Speedo in his class, brushes this aside, as he pushes his students to contort. He explains that his approach works, because of the heat (up to 40 degrees Celsius), which loosens the body and allows the muscles and tendons to go farther and stretch even more.

But it’s better to be safe than sorry. It is still advisable for one new to Bikram Yoga to drink plenty of water both before and after sessions to help maintain healthy levels of hydration. Remember also to refrain from consuming food two hours prior to class.

You Will Look Cool Too

Bikram Yoga is not a style for the faint-hearted but its intense regime is one which has many rewards and like all yoga styles, Bikram Yoga when practised regularly, can help you increase lung capacity, strengthen and tone muscles and help you achieve the ultimate goal – weight loss. So, the best part is, even with all the ‘suffering’ pre-warned by Choudhury that you’ve to endure, you’ll look cool eventually.