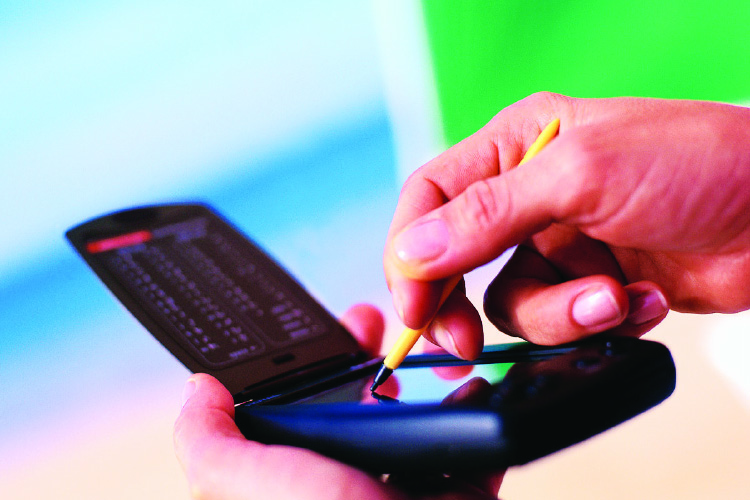 “I am very comfortable with my new smartphone. It makes my job much easier. I always keep it with me, even when sleeping. I sleep with the fine music from my phone, and wake up to the musical alarm. It’s something miraculous, wonderful. It seems I will not be able to live without it” says the young executive. He is happy to accomplish one of his long desired needs. He considers it a self-reward for all the years he worked toiling himself. However, he fails to realize the dangers that come with the smartphone. It’s both a reward and a risk.

A smartphone can, in simple terms, be defined as a communication device, say a mobile phone, with additional facilities like music, camera, (emails) wireless and fax. In the digital world, gadgets consisting these facilities are called PDA (Personal Digital Assistant). The devices operate on certain modulated or charged particles called electromagnetic waves. The electromagnetic waves can simply be defined as short and long waves or wavelengths. The waves can penetrate the air efficiently and get decoded at the other terminal.

In non-technical language, electromagnetic radiation is the interaction of the photons of the waves against or on the objects around.

Human – an electromagnetic being

Human body organs largely function on tiny or minute quantity of electrical pulses. Nerve cells called neurons transmit messages of senses from body to the brain that interpret what actually it is. Body growth, metabolism and even thinking are coordinated by the electric pulse. The body electrical pulses are critical or sensitive in maintaining the body’s well being. Any misfire or malfunction may lead to one or other kind of irregularities to organs, especially brain. The pulses work with delicate tissues spread all over the body. This tiny electric pulses form a system within the body. It works on maintaining the body balance, and any disruption or influence from external forces may cause to lose the balance. Eventually, the body succumbs to malfunctions ranging from mild to massive.

Human is a bioelectric machine that runs on millivolts. Our body generates magnetic fields. There is a frequency within the body. Exposing to frequencies from outside can create a wrong beat, which eventually results in health issues. According to some research findings, continuous frequency for some time from outside sources may disrupt the efficiency of the internal electrical circuit system. Strong or intense magnetic fields entering the body may stimulate tissues. Thus, external Electromagnetic radiation has some impacts within our body system.

Microwaves are also reported to cause some radiation. A researcher called Cherry found that microwave radiation affects opening the blood brain barrier giving in way to harmful chemicals, viruses and bacteria into the brain, which could cause brain related illnesses ranging from dementia to tumours. This finding was later on verified by scientists and doctors in Europe. This finding, eventually led to the Benevento Resolutions 2006 acknowledging the connection between microwave radiation and health impacts.

Below you can see the different radiation waves and the related health hazards when exposed beyond optimum levels:

Where does radiation come from?

Almost any device run by electricity is a generator of Electromagnetic radiation. Even the hair drier at home is an EMR waves generator. Almost all household appliances emit EMR and the modern living style has become closer to living with this kind of radiation. Though all devices are the culprits, we don’t know which one is more impacting than the other. The small can-opener can send more rays than the large TVs. Thus, a house is full of electromagnetic radiation and electromagnetic fields. This can be called the indoor electro-pollution. Every one of us in our modern home is in constant and continuous attack from EMR. In fact, it is an endless war that each of us carries on with.

A rough data reveals that 80% of the world population use cell phones ranging from gadgets with basic facilities to latest smart phones. In simple words, the population of the cell phones is more or less five billion. It means we all take doses of radiation every day. Yet, it is imperative to go on with the development of the living trend.

Following is a list of tips that may give you an idea on the safety from the cell phones:

How are children more prone to cell phone risk?

Thus, it may sound nonsensical in modern age to shun off life-comforting devices like TVs, Smartphones, Hair Dryers, Microwaves, etc. However, it is wise to be prudent in using them whereby the gate of risks is narrowed or reduced. Life is valuable. Living on this planet is wonderful. Therefore, it is up to the user to open the door for risks or safety.