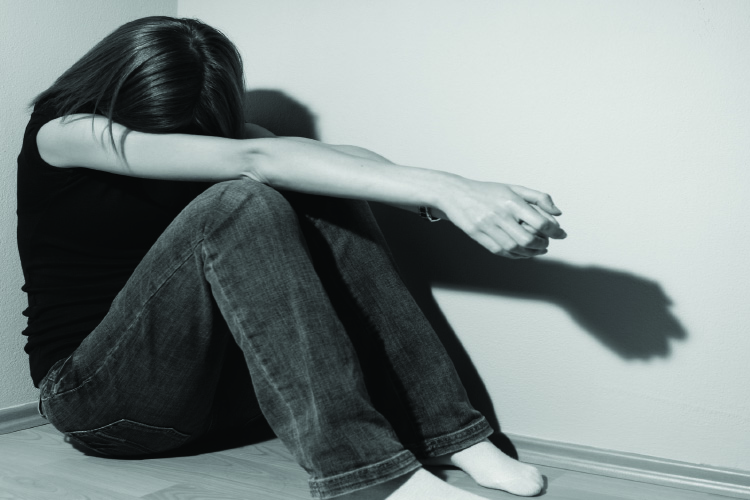 Mental health problems are quite pervasive in our society. For example, it has been found that generalized anxiety disorder may have a lifetime prevalence rate of about 5% in the population (www.mentalhealth.com). And that is only one of the 52 disorders classified on that website. I’m not going to deal with such specific diseases, but mostly with general mood and mental energy issues – especially because the importance of food and nutrition for mental health can be considerable.

A deficiency of the B vitamins (thiamine, niacin, biotin, B6, folic acid, and B12), most commonly found in whole grains and in animal protein, can cause a great deal of trouble. Lack of thiamine, for example, may bring beriberi, the classic disease resulting from the extensive use of polished rice, and which includes damage to the nervous system, apathy, poor short term memory, confusion, and irritability.

Insufficient niacin may cause depression, apathy, fatigue, loss of memory, and headache, found in pellagra, a common condition in the 19th Century with the consumption of plain cornmeal (instead of the traditional preparation with lime and wood ash). We should be careful about eating uncooked egg whites with interfere with the absorption of biotin, as insufficient biotin brings about depression and lethargy.

Depression, confusion, abnormal brain wave patterns may be the result of insufficient B6. On the other hand, too much is no good either, as an excess of this vitamin also creates depression, fatigue, irritability, and headaches.

Both lack of vitamin C and lack of vitamin D have been found to cause hysteria, depression, and in case of the latter, it may be a contributor to Seasonal Affective Disorder (SAD) and falls in the elderly. The former is found in all fruits and vegetables; the latter is manufactured by the body with the help of sunshine on the skin (without sunscreen, of course!) – and found in cod liver oil, caviar, shiitake mushrooms, and parsley.

Additionally, a low intake of minerals is also known to contribute to depressed feelings, including insufficient calcium, iron, magnesium, selenium and zinc.

Insufficient amounts of any of the three macronutrients, which are protein, carbohydrates, and fats, can contribute to unsteady mental health. Thus, dieting and restricted eating, in which the intake of protein or fat is curtailed, may be another major factor.

Considerable research has shown that Omega-3 fatty acids can be really helpful to combat depression, so consuming plenty of fatty fish such as mackerel, sardines, and wild salmon (including the skin!), as well as walnuts and ground flaxseeds would provide those essential fats.

Among the most important elements of our mental functioning are the neurotransmitters, also called neuropeptides. These are molecules that carry thought or emotion, and have a major influence on our mental states. They are created not just in the mind but in many different areas of the body, including the entire digestive system. The neurotransmitters are made from amino acids, which are found in protein foods.

Best known are dopamine and norepinephrine, made from the amino acids tyrosine and phenylalanine; these are the energizing neurotransmitters. Then there is the famous serotonin, the calming one, derived from the amino acid tryptophan. Interestingly, the body absorbs more serotonin in the presence of carbohydrates, while it utilizes more dopamine and norepinephrine when protein foods are consumed.

So, for energy and attention, protein foods are the best choice. For relaxation, carbohydrates will work best. BUT – too many carbs will skew the system towards too much calm, which may move into further extremes of despondency or even depression. That is what happens when people eat too many sweets.

Any approach to using nutrition to help manage mental health must include the problem of consumption of sweets. We saw above that too many carbohydrate foods may cause despondency. The carbs include white flour and white sugar, which are the preferred binge or excess foods most people go for. And when people don’t get enough protein or fats, they often end up overconsuming carbohydrates.

But that is not all. Both sugar and artificial sweeteners stress the insulin system and may end up contributing to insulin resistance. From my experience, people with serious mood swings, depressive symptoms, and anxiety, frequently consume considerable amounts of either cakes, cookies, and ice cream, or of soft drinks, both sugared and artificially sweetened. I’ve also known several men who were addicted to diet drinks, and who show mild depressive symptoms.

Such non-foods or low-quality sweet drinks would take the place of more nutritious foods and thereby contribute to both malnutrition and vitamin deficiencies.

Looks like we have a pattern here – all these nutrients seem to cause depression when absent! And depression is now extremely common. According to the website referenced above, the lifetime risk for Major Depressive Disorder is 10% to 25% for women and from 5% to 12% for men. At any point in time, 5% to 9% of women and 2% to 3% of men suffer from this disorder. Vitamin deficiencies are mentioned as one of the organic causes for depression, but, considering that they might be quite common in the junk food culture, I believe that they should be viewed as one of the major contributors to it.

Looking at the big picture with all these elements in mind, it becomes clear that malnutrition can be a major cause of emotional and mental disorders. So here is how to manage your mental health with food, which is easy and cheap: