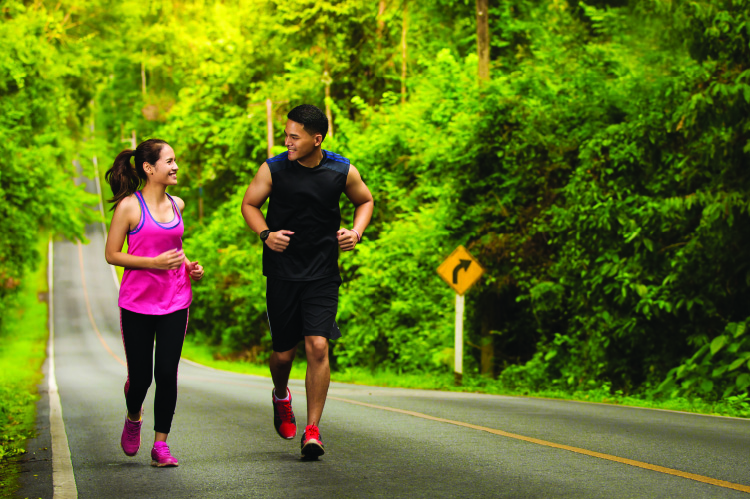 Malaysia scored a mediocre 63 points out of 100 in the 2016 Healthy Living Index – the third wave of AIA’s landmark survey of over 10,000 adults across 15 countries in Asia Pacific –The 2016 survey – revealed at HEALTH PERSPECTIVES: A REALITY CHECK roundtable discussion on May 11th – also showed that the 751 Malaysian adults who participated in the survey scored lower (68 points) than the regional average of 73 points when asked if they were satisfied with their health status.

Close to 70% of Malaysian adults felt their health was not as good as it was five years ago. Even more worrying is that 61% of adults under age 30 agreed with this sentiment, although this younger age group should be in the prime of their health. For the first time, the survey also uncovered obesity as a growing challenge for both adults and children.

Those surveyed recognised that healthy living involved a combination of physical elements such as getting sufficient sleep and eating healthy, as well as mental aspects such as maintaining a positive mindset and knowing how to reduce stress. Unfortunately, a key component of healthy living for many in other countries – exercise – did not even feature as one of the top drivers of healthy living among Malaysian adults.

Unhealthy eating habits are hampering our efforts to lose weight and live healthy – 86% of those surveyed said they tend to eat when distracted with their screens, 81% admitted to eating unhealthy snacks and 73% had their dinners late.

Attempts to eat healthier are still restricted to the basics of drinking more water (73%) and eating more fruits and vegetables (60%).

Obesity has surfaced as one of the outcomes of poor eating habits: six out of 10 Malaysians surveyed wanted to lose an average of 8.5kgs, which is considered substantial, placing Malaysia among the top three countries with the highest weight-loss targets. More than half (55%) of the survey participants in Malaysia were either pre-obese or obese, based on their Body Mass Index readings.

Equally worrying is that 17% of Malaysian parents wanted their children to lose at least 4.5 kgs, indicating that unhealthy habits are steadily taking root even among the younger generation.

Malaysian adults (69%) said they exercise regularly. They spend an average of 2.6 hours a week exercising – this is lower than the regional average of 3 hours and the minimum 3.5 hours a week recommended by most fitness experts.

Interestingly, Internet and smartphone usage showed up as the barriers that are preventing Malaysians from getting enough exercise and sleep. On average, adults here spent an average of 4.1 hours a day on the Internet for non-work related pursuits – one of the highest numbers of hours recorded in the region. This is a sharp contrast to the 2.6 hours a week Malaysians spend exercising.

About 68% of respondents claimed that they are addicted to online activities, much higher than the regional average of 57%. This addiction trend will continue to be fuelled by children growing up with the Internet and social media as integral aspects of their lives. Currently, 50% of Malaysian parents claimed that their children had too much screen time – TV (44%), time spent online (31%) and playing video games (26%).

It’s perhaps not surprising then that Malaysian adults are sleep deprived. While they wish to get 7.5 hours of sleep a night, in reality, they only enjoy 6.3 hours – the lowest among the 15 countries surveyed.

The majority of those surveyed said diseases related to the heart, diabetes, cancer and stroke among their top health concerns. Many were also worried about their mental well-being: 76% were concerned about anxiety, 74% about depression and 72% about Alzheimer’s/senility.

What would motivate them and reinforce more healthy behaviours? Seeing tangible results: such as wanting to feel better physically (about 90%), mentally (88%) and look better (85%).

Adults in Malaysia welcome guidance that would help them change one step at a time (84% said this); setting smaller and more achievable goals (79%); getting updates on their progress (76%) and earning rewards for achieving their goals (73%). For those who had not taken any steps towards healthy living, 75% said not knowing what goals to work towards was the main obstacle, once again indicating the very real need for guidance.

Launched in 2011, the AIA Healthy Living Index is a survey conducted to understand how people feel about their health and the extent of their health habits, as well as their concerns and hopes for a healthier way of life. Commissioned by the AIA Group and conducted by TNS, an independent, global research company, each survey involved interviews with over 10,000 adults 18 years or older (including 751 adults in Malaysia) across 15 markets: China, Hong Kong, Macau, Singapore, Malaysia, Thailand, Korea, Taiwan, India, Indonesia, the Philippines, Vietnam, Australia, New Zealand and Sri Lanka.