9 Foods that help Prevent a Stroke 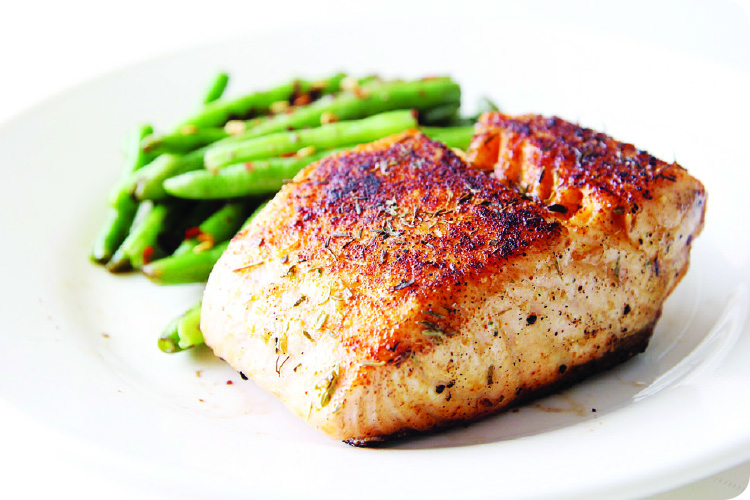 In a landmark study involving thousands of women, called the Nurses Health Study, consuming more whole grains, fruits, vegetables, and fish – the same foods that guard against so many other diseases – lowered stroke risk by 30 per cent while eating typical Western-style diet showed to increase stroke risk by 58 percent. The following food habits will help you further to cut the risk.

Beans aren’t just good for your heart; they’re also good for protecting your brain. That’s because they’re rich in the B vitamin folate (a.k.a. folic acid). Foods rich in folic acid include spinach and other dark green leafy vegetables, broccoli, asparagus, and whole wheat. According to a 20-year study of nearly 10,000 adults, eating a diet rich in folate lowers the risk of stroke by 20 percent.

Here’s more intriguing evidence: Researchers who looked at the number of strokes in the United States before and after food manufacturers began fortifying flour with folic acid to prevent birth defects found 10 to 15 percent fewer stroke deaths in the three years after fortification began than in the three years before.

Make sure that your diet includes the blue and purple fruits and vegetables, such as concord grapes, eggplant, and red cabbage. These foods contain pigments called anthocyanidins. The anthocyanidins are believed to help lower the risk of stroke (and heart attack).

Have you discovered soy milk or edamame — young green soybeans, great in soups and salads or eaten right out of their pods — yet? These are three of the foods that make up a cholesterol-lowering regimen known as the Portfolio Eating Plan, developed by researchers in Toronto. When eaten as part of a total diet that’s low in saturated fat, this combination of foods appears to reduce LDL (“bad”) cholesterol levels by 28 percent, almost as much as a statin drug does.

One reason fruits and vegetables are so helpful against stroke is that they’re such good sources of antioxidants, which help reduce inflammation and prevent plaque build-up in the arteries. They also improve blood flow by helping blood vessels dilate. One British study found that those who eat the most fruit experience 32 percent fewer strokes. A diet high in antioxidants helps prevent hemorrhagic as well as ischemic stroke. This reduces the likelihood of bleeding in the brain.

Here’s a great reason to pack a banana with your lunch: Bananas are loaded with potassium, and experts think one of the reasons the DASH Diet works so well is that it provides plenty of this mineral. Research shows that eating a diet low in potassium (less than 1.5 grams a day) increases stroke risk by 28 percent. The Health Professionals Follow-Up Study found that participants who ate nine daily servings of potassium-rich fruits and vegetables, like potatoes, prunes, and raisins, as well as the foods listed above, lowered their stroke risk by 38 per cent compared to people who ate just four servings daily.

There’s an excellent reason that low-fat and fat-free dairy foods are mainstays of the DASH Diet — they’re good sources of potassium, magnesium, and calcium, all of which naturally lower blood pressure. Indeed, a study of men in Puerto Rico found that hypertension was half as prevalent among milk drinkers as among those who didn’t drink it. So it makes sense that if milk (and dairy foods) lowers blood pressure, it would also reduce the risk of stroke. In fact, a 22-year study of more than 3,100 Japanese men in the Honolulu Heart Study found that those who drank at least two 8-ounce glasses of milk a day had half the risk of stroke compared to non-milk drinkers.

The same study that found that potassium-rich foods decreased stroke risk also showed that a diet higher in magnesium-rich foods reduced risk by 30 percent, even if you don’t have high blood pressure.

Salmon and Other Fatty Fish

It’s also possible that the omega-3 fats in fish like tuna, mackerel, and salmon also improve blood flow by reducing inflammation in the arteries and making blood less likely to clot. A 12-year study done at Harvard Medical School of nearly 5,000 adults age 65 and older found that eating fish one to four times a week lowered stroke risk by 27 per cent.

Caution: These remedies are not meant to be used as a treatment for stroke. If you suspect a stroke, seek emergency medical treatment immediately. Time is of essence.