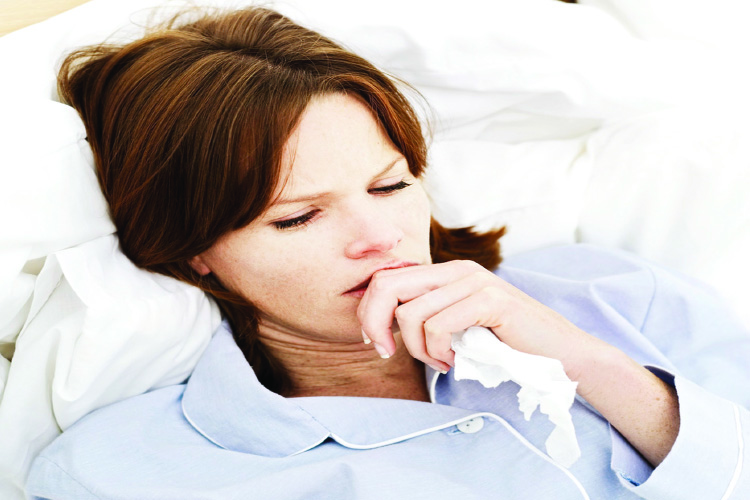 As life expectancy has risen tremendously over the last century complemented with a falling birth rate in some countries, we will soon see an increasing number of elderly, who will soon outnumber the young ones. There is much for an elder to worry about – family, ailing eyesight, companionship, mobility and a weakened immune system, among many others.

What is the immune system?

We might have heard the words ‘immune system’ countless times but do you know what exactly it is? The immune system can simply be defined as a network of organs, tissues and cells that collaborate and work together to protect the body against any attack by ‘foreign’ invaders. These vicious invaders are microbes, tiny organisms such as fungi, parasites and bacteria, which are able to cause infections.

As the fragile human body provides an ideal environment for the microbes to grow, it is the responsibility of the immune system to either keep those pesky microbes out or seek and destroy them. This ‘noble’ task is undertaken by the white cells, bone marrow, the lymphatic vessels and organs, specialised cells, various body tissues and specialised substances called serum factors that work together to eradicate the body of invaders.

The immune system is built in an amazingly complex way such that it is able to recognise and remember millions of different enemies in the body, subsequently producing secretions and cells to defend the body against the attacks and wipe out the microbes. Until today, scientists are studying how the human immune system launches its attacks that will destroy the invading tumours, infected cells and microbes while keeping the healthy tissues intact at the same time.

Among the most common microbes attacking the body include streptococci (a type of bacteria), herpes virus (virus), schistosome (parasite) and penicillium mould (fungus). Many common diseases such as the dreaded diabetes, arthritis and numerous allergies are all caused by microbes.

How do I know if my immune system is ‘ok’?

It is calculated that an adult would get an average of two colds a year. For those who suffer more bouts of cold than that average occurrence, you are likely to have some sort of immune deficiency. Also, dark circles under the eyes are not just a sign that you’re lack of sleep; dark circles are an indication of an immune system malfunction too.

A weakened immune system increases your chances of becoming ill with any type of infection. You are more liable to contracting infections if you are already down with another condition. How do you know if you have low immunity?

On top of the above tell-tale signs, you’d know that your immune system is weak if you suffer from frequent bouts of cough and get chronic infections, genital herpes or cold sores pretty often. You might also suffer from frequent infections related to overgrowth of benign organisms such as oral thrush and vaginal yeast infections, chronic diarrhoea, slow healing of wounds, allergic reactions, inflammation, repeated infections and fatigue. As such, the immune system is by far the most important system of a person’s body as it serves as an indicator of health.

So how do I boost my immune system?

Just pop into any pharmacy and you’d see an array of vitamins and supplements in all forms – pills, capsules, liquid and soluble tablets. But before you start plucking off the bottles off the shelf and putting them into your shopping basket, you need to know that there are actually many natural sources of vitamins, some of which might already be in your kitchen. These cost less than your synthetically-made multi-vitamins but do an equally good job in strengthening the body’s ability to fight off diseases:

Everyone knows that vitamin C is the most important nutrient for the immune system. It is essential for the formation of adrenal hormones and the production of lymphocytes (the white blood cells in the immune system). Vitamin C is best taken with bioflavonoids, a natural plant substance that reinforces the action and enhances the absorption of this vitamin. Oranges, guava, dark leafy greens, strawberries, broccoli, cauliflower, kiwi fruits and papayas are the food richest in vitamin C. Since obtaining these is extremely easy, there is no excuse at all for anyone to suffer a deficiency of vitamin C.

Bioflavonoids are present in most of the food containing vitamin C mentioned earlier, so you are killing two birds with one stone when you tuck into those fruits and vegetables. Bioflavonoids boost your immune system besides preventing cholesterol from forming plaques and clots in the arteries and reducing your risks of cardiovascular disease. If you take your recommended six servings of fruits and vegetables a day, your immunity should be tip-top.

A flu epidemic once swept a small town called Chirchik in Russia. However, many adults and children did not get sick, baffling scientists who were curious to know why they were immune to the disease. The answer? All of them consumed berries from a herb plant called Shizandra.

Goldenseal is a herb from the buttercup family and has anti-bacteria properties, strengthens the immune system and cleanses and detoxifies the body. Goldenseal is native to Canada and northeast US and thus, can be only obtained in premium wellness stores in the form of capsules. On the other hand, Echinacea is a flowering plant of the daisy family and boosts the immune system and enhances the lymphatic function.

It is highly recommended that you include chlorella, garlic and pearl barley in your diet as these foods contain germanium, a trace element beneficial for the immune system. Also, a type of seaweed called the giant red kelp is another rich source of minerals, containing iodine, calcium, iron, carotene, protein, riboflavin and vitamin C, all necessary for the immune system’s functional integrity.

The bayberry is also known by its other names, myrica and candleberry. Found in almost every region of the world, bayberries have antibiotic effects for sore throats, coughs, colds and flu. A more powerful immune-builder is the garlic which is effective against at least 30 types of bacteria, viruses, parasites and fungi. Don’t let the pungent taste and smell put you off because garlic has anti-inflammatory and astringent properties.

Astragalus belongs to the legume family and is said to do wonders in boosting the immune system and generating anti-cancer cells in the body. It is also a powerful antioxidant and protects the liver from toxins. This makes the plant ideal for people suffering from dark circles due to liver problems and a depressed immune system. Premium wellness stores should carry astralagus extracts but consumption of this herb is not advisable if fever is present.

Carrots and other similar-coloured vegetables and fruits are rich in carotenoids which strengthen the immune system by increasing the development of helper T-cells, fighting cells and killer cells that destroy the free radicals that can make you age faster. Carotenoids also decrease your risks of cardiovascular diseases. Eat your greens, papayas and tomatoes and tuck in heartily the next time you are served some warm sweet potato soup.

Boosting your immune system is not difficult. Start slowly and simply by taking two bananas with a glass of milk for breakfast. Bananas are excellent in regulating the body’s water balance and maintaining blood pressure. Make your own juice or buy one from the many juice bars; a mixture of spinach, carrot and beetroot juice does wonders for your immune system.