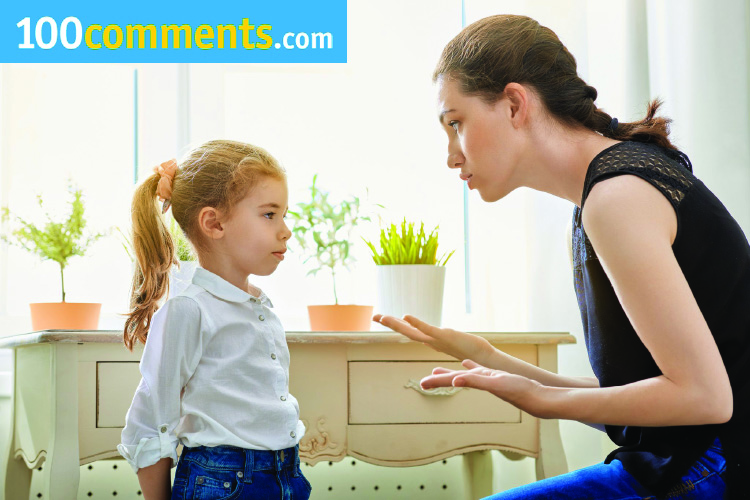 As parents, we all want to see our kids behave in the best ways possible. Well, most of us would have known by now that parenting isn’t as easy as that, for kids and misbehaviour generally go hand in hand. What’s a mom or dad to do?

For some of us, it can be quite a challenge to discipline a child. It can even be heartbreaking, for as parents, we want to see a smile on our child’s face, not a sad frown, tears, or the dreaded tantrum. Having said that, there are many ways to appropriately correct a child.

For a better outcome on the long run, here are some effective tips that we hope will help.

Let’s face it — You’ll be using the word ‘no’ often enough, so why not make it count? The trick here, for each new incident, is to be firm in delivering the first ‘no’, so there is no need to reiterate. Be serious with your words and expression when communicating the reasons why your child is not getting his or her way. (See Explain). If the first “no” does not work, try a different approach, such as finding ways to say ‘yes’, but still mean ‘no’. (See Saying ‘yes’ but meaning ‘no’)

Remember, resist relenting at this point, for that gives way for incessant and tiring manipulations in the future, things kids are naturally bound to try.

Mere saying ‘no’ to a child holds no true meaning when it comes to correcting or communicating with a child. Unless you supply an explanation, a child is very likely to repeat the behaviour, say, like asking for ice-cream just before dinner. The better, more effective way is to explain that ice-cream before dinner will spoil their appetite for the yummy food that is going to make them strong and healthy, just like their favourite movie character, sports idol, etc.

Children who hear ‘no’ too many times from their parents are at risk of becoming ‘immune’ to it, making it challenging for parents to say ‘no’ as they grow older, for the word will in time, hold little or no meaning. It may also give way to unnecessary resentment. Try the tactic of saying ‘yes’ but meaning ‘no’ instead. As sneaky as it sounds, it’s totally doable. For example, if your child asks for a favourite cookie, you can reply: “Yes, you can have a one right after dinner.” If they ask for something while you’re out shopping, you can say: “Yes, of course. Is that what you want for Christmas/your birthday/a back-to-school present? These are normally win-win compromises that soften the blow of a ‘no’.

Yelling at children is not only disturbing to hear and watch, but it can also cause behavior problems and emotional development issues. The consequences of yelling at children outweigh any possible benefit of temporarily silencing them, for it can give way to depression and self-esteem issues. Instead, make an effort to communicate with your child in a calm and warm manner.

Remember too that refractions on their part are often caused by sheer boredom. Paying attention to your child by engaging in conversation or playing with them will help to distract them from the object of their attention and refocus it onto something more positive.

5) Refrain from humiliating your child

We could go on and on about not embarrassing your child in front of other people, with good reason too, for it’s one of those negative aspects of growing up that children have trouble forgetting. Some even carry humiliating experiences brought upon by family members right into their adulthood, causing deep resentment and grudge.

If your child happens to misbehave while in the company of others, get his or her attention, go to a private place and clearly communicate the reasons for your displeasure and the consequences if the offending behaviour continues.

Parents often say: “Not now”, even to things that they never intended to say ‘yes’ to. This gives a child the false hope that there will be a time when he or she can have whatever it is they wanted. Consequently, if those implied promises keep going unfulfilled, in time, your child will lose all trust in you and your words. If you wish to use the term ‘not now’, accompany it with the time when your child can expect you to make good on your word.

7) Do not contradict your partner

When one parent says “no”, and the other says “yes” it may sound entertainingly funny at first, but if this goes on, conflict between the two parents may arise. This split in permission may also create a manipulative habit in a child, where all he needs to do to get his or her way is to ask the other parent. So, communicate with your partner, and find out whether a decision has already been made in the matter before you say ‘yes’ or ‘no’.