6 Secrets to Raising a Happy, Confident and Successful Child 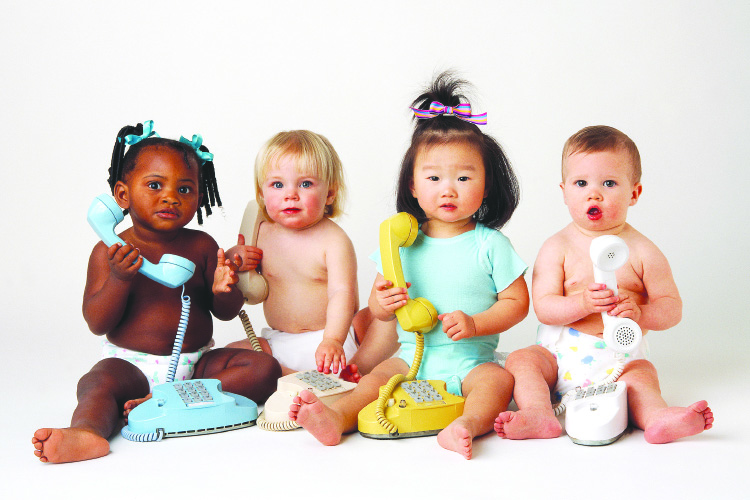 We all want the same things for our kids – for them to grow up to be happy, to follow their dreams, and to find success. But just how much can we do to pave way for these to happen? Lee Shen-Li shares her findings.

As a parent, the scariest part of raising a child would have to be the teenage years. With external influences like peer relationships, exposure to drugs, alcohol and members of the opposite sex, you practically get the working ingredients for a Molotov cocktail straight into your hands.

So my two boys are currently 18 months and four years old – surely all that is a long way away. Well, I believe it is never too early to worry about it.

How can we raise children that are immune to negative peer influence? How do we help our children say “no” to drugs, or better yet – tell us if they have been approached about it? How do we make sure they can be sensible with alcohol, or better yet – be teetotallers? I would love to ban dating until they’re 21 years old, but I’m sure that’s the best way to push it underground. If our children are going to get into trouble, wouldn’t it be better to be the first person they turned to instead of the last?

In order for this to happen, it is important to cultivate a strong relationship with our children, beginning as early in their lives as possible. Having a strong relationship with our children serves a purpose that is two-fold. Not only can we expect them to turn to us when they are in trouble, but children who have a deep respect for their parents are also more likely to hold the morals and values taught close to heart.

How much influence does a parent really have?

There are stories about children who came from abusive homes with a history so destructive that nothing good could come out of it, but some of them manage to rise above it all. These individuals show us that there are elements within a child that is unaffected by nurture. Science has managed to pinpoint three resiliency genes that protect these individuals from the stress and trauma experienced through life. Unfortunately, few are born with them.

Then there are certain characteristics, such as a child’s temperament, which do not change with parental influence. For instance, one in five babies is born naturally anxious. These babies are sensitive to their environments and are generally more explosive compared to other babies. No amount of nurture will change the fact that they will always be anxious.

Although these factors are beyond our control, remember that 50% is nature and 50% is nurture. We do have some influence, even if it isn’t as much as we would like. According to “Brain Rules for Baby” by John Medina, there are specific things we can do to increase our chances of raising children who:

What can we do to increase our chances of raising such individuals?

A study on families who raised terrific children revealed that there were six common practices amongst these families.

The parents who raised the best children are the ones who are both demanding and responsive. These parents were labelled authoritative parents.

2. Be Comfortable with Your Own Emotions

“Monkey see, monkey do”. The same goes when it comes to parenting. Our children are watching us all the time and they imitate whatever behaviours we express. How we handle our emotions is one of the behaviours they will mimic. While most adults generally handle positive emotions well, negative emotions such as anger, sadness and fear are what we usually struggle with.

We need to learn to be comfortable with our emotions, even the negative ones, and be consistent with our reactions to those emotions. I am usually comfortable with my negative emotions when we are in private, but a public scenario is when everything flies out of the window. Contrary behaviour, such as this, can be a source of confusion for children.

It is important for us to be attentive to the emotional cues from our children and to respond appropriately. Just as it is essential to engage our children, it is equally important to know when to withdraw and give them space. Too much attention from a person (even someone that we love) can be stifling, making children less emotionally attached – so watch out for your child’s cues and respect his need for space.

Toddlers often experience many big emotions they don’t understand. The experience can be frightening because they feel out of control. Being able to label the emotion (verbalising the feeling) has been shown to have a neurologically calming effect for adults and children alike. Children who learn how to label their emotions become better at self-soothing, more focused on tasks, and have more successful peer relationships.

5. Face Your Child’s Emotions, Do Not Judge Them

Behaviours are choices, but emotions are not. It is important that we accept all the emotions that our children express. There is no such thing as a bad emotion. Do not discourage or ignore the expression of emotions because it teaches our children which feelings are okay and which are not.

For example, a little girl might hit her baby sister because she feels threatened. Her parents should not make her brush away the feeling of being threatened as if it doesn’t exist. What they need to focus on is to teach her positive ways to deal with the emotion and that hitting her baby sister is not the way.

We’re human and that makes us vulnerable to all kinds of emotions – anger, fear, sadness – whether we think it is appropriate or not. Expecting our children not to feel these emotions is like expecting them to be robots. What we should teach them is how to handle them.

Show your child empathy by repeating what he is feeling because it tells your child you understand his emotions. Empathy works because:

For more advice on how to raise happy, confident and successful children, I recommend reading Brain Rules for Baby by John Medina, and The Complete Secrets of Happy Children by Steve Biddulph.