3 So-Called “Healthy” Foods that You Should STOP Eating 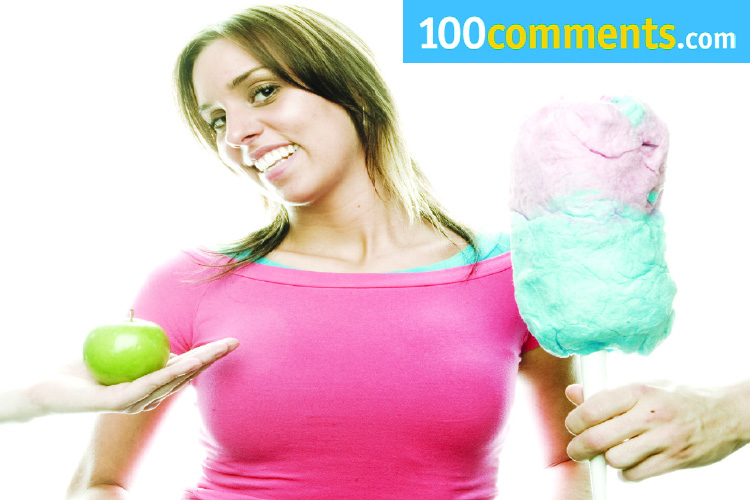 I was reading a statistic in a nutrition book recently, and this is going to shock you…

Now before I tell you the statistic, let’s keep an important fact in mind… according to well renowned nutrition author Michael Pollan, and his amazing book called In Defense of Food, humankind has historically consumed approximately 80,000 different species of edible plants, animals, and fungi, and approximately 3,000 of those have been widespread foods of the human diet.

Now get ready for a shocking and appalling statistic…

Currently, the average adult in the US consumes approximately 67% of their total caloric intake from only 3 foods — CORN, SOY, AND WHEAT (and their derivatives).

What would be considered a reasonably healthy amount of corn, soy, and wheat in the human diet? Based on 10’s of thousands of years of human history, and what the natural diet of our ancestors was (indicating what our digestive systems are still programmed to process), this would probably be in the range of about 1% to 5% MAX of our total calories from corn, soy, and wheat.

Considering that modern humans are eating 67% of their total calories from corn, soy, wheat… you can see why we have massive problems in our health, and our weight!

It’s not a surprise that we have so many intolerances and allergies, specifically to soy and wheat (and gluten intolerance)… the human digestive system was simply never meant to consume these substances in such MASSIVE quantities.

By “derivatives” of corn, soy, and wheat, this means the food additives such as:

• hundreds of other food additives such as maltodextrin, corn or wheat starch, soy lecithin, mono and diglycerides, etc, etc

This doesn’t surprise me… consider how much soda or other sweetened drinks (with loads of HFCS) that the average person drinks daily… this is a LOT of calories from just 1 sole corn derivative. Even marinades, salad dressings, ketchup, breads, and 100’s of other foods contain loads of belly-fattening HFCS!

Also think about how many processed foods we have that are either fried in soybean or corn oil… and even if the foods are not fried in these oils, these oils are additives to almost every processed food… chips, candies, cakes, salad dressings, tomato sauces, burrito wraps, corn chips, breaded chicken, etc, etc. This is a LOT of calories from these 2 other corn and soy derivatives… both of them EXTREMELY UNHEALTHY!

On top of that, think about how much breads, cereals, pastas, muffins, and other highly processed wheat products that most people consume each day. Again, this is LOADS of unhealthy, blood-sugar spiking, nutrient-poor calories, that more than half of the population has some degree of intolerance to anyway.

It gets even worse!

Not only are we eating 67% of our total calories from corn, soy, and wheat… but because of the economics involved (specifically with cheap corn and soy) we are also feeding most of our farm animals corn and soy now too… again amplifying the amount of corn and soy that passes through the food chain and (from a biochemical standpoint) ends up in our bodies.

Probably the 2 worst examples of this blatant mismanagement of our food supply are how our factory farmed chickens and cows are fed.

Cows are fed mostly corn in factory feedlot farms, even though their digestive systems are only meant to eat grass and other forage. This makes the cows sick (hmm… E-coli anyone?), alters the omega-6 to omega-3 ratio of the fats to unhealthy levels, and also diminishes the healthy CLA fats that would occur naturally in grass-fed beef. All of these problems go away if our cows are fed what they were made to eat naturally – grass!

Our chickens are also fed a diet of mostly corn and soy and crowded in tight pens in horrendous conditions… when the fact is that a chicken was meant to roam around the outdoors eating a mixture of greens, insects, worms, seeds, etc. When chickens are kept inside in tight quarters and fed only grains, it leads to an unhealthy meat for you to eat, and less healthy eggs compared to free-roaming chickens allowed to eat an outdoors diet.

Our food supply has gotten so screwed up that we’re even feeding our salmon and other farmed fish corn and soy… again because of the economics involved. How ludicrous is this, considering that fish are meant to eat a diverse diet of smaller fish, worms, bugs, etc. Again this makes farm raised fish unhealthy in terms of nutrition compared to the wild counterparts.

So even when you’re eating chicken, beef, and fish, you’re still essentially getting even MORE corn and soy into your body…considering that the cows, chickens, and farmed fish ate mostly soy and corn.

Why is it so unhealthy to consume 2/3rds of our calories from corn, soy, and wheat?

Well, this section could encompass an entire book, so to keep this short, I’ll just throw out a few random reasons…

So how do you avoid all of this overwhelming amount of corn, soy, and wheat in our food supply, and finally take control of your weight and your health?

It all starts with your grocery cart discipline… choose only 1-ingredient foods such as fruits, veggies, beans, eggs (free roaming), nuts, seeds, and meats from grass-fed or free roaming animals that are raised correctly. Only resort to junk foods or processed foods on a 1-day per week “cheat day” but ONLY when dining out… that way, the processed foods aren’t in your house to tempt you.

Get most of your carbs from fruits and veggies instead of grains.

I could go on with more examples, but I think that’s good for now.

So with all of this said… Is my diet perfect? Well, no of course not! Nobody is perfect, and I can give in to temptation on occasion just like anybody else.

However, I’d estimate that my corn/soy/wheat consumption is only about 2-4% of my total caloric intake compared to 67% for the average person. The way that I achieve this is to simply not bring any corn, soy, or wheat products into my house, so I’m never tempted by it. Therefore, at least 6 days/week, I eat virtually no corn/soy/wheat, except for the occasional piece of sprouted grain toast a couple times a week (which is a better option than typical “whole grain” bread).

I do, however, give in and sometimes eat breads, pasta, and even corn chips, etc. when I’m dining out. I see these as my cheat meals and try to do this no more than once per week. I still completely eliminate sodas and deep fried foods though…they are just TOO evil!

This is one of the MAJOR reasons that we are so unhealthy and overweight as a society… 67% of our calories from just 3 foods (and their derivatives) is an appalling statistic! Don’t give in to the marketing machine that is the corn, soy, and wheat industries! Take control of your OWN health instead of letting big corporations take control of your health.

For The Honest Source on Abdominals & Fat Loss, visit www.NaturalHealthMedia.com/TruthAboutAbs