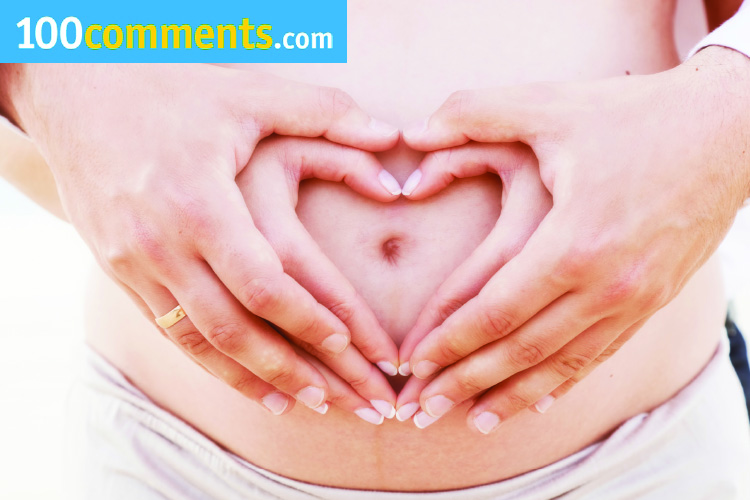 As soon as you tell someone you are trying for a baby, everyone seems to have an opinion about what, where, when and how to do it. Chances are, a lot of what you hear could simply be nonsense, especially if they come from those who are not doctors or medical professionals. This list captures the most common myths and misconceptions about getting pregnant.

Myth 1: More sex means a higher chance of getting pregnant

It won’t, actually. According to a study in the New England Journal of Medicine, having sex every day only slightly increases pregnancy. You won’t get pregnant until you ovulate, and that ovulation (usually) occurs at a specific time every month. Your peak fertility time is four to five days prior and during ovulation. It’s suggested you have intercourse every 24 to 48 hours during that period. Go for the right time!

Myth 2: You need to orgasm in order to conceive

Orgasm is a good thing, but when it comes to conceiving, it’s not actually a must. What it does aid in doing is contracting the uterus – which definitely helps sperm travel toward the fallopian tubes faster. But even if this doesn’t happen, it won’t dampen your baby-making efforts.

Many couples believe that their chance of conceiving is higher if they “store up” the sperm. This is not true. Abstinence of more than five days may actually negatively affects sperm. It’s ideal to keep to two-day intervals for intercourse. Evidence suggests that engaging in intercourse daily or every second day during the time of ovulation leads to greater success.

Myth 4: After sex, lifting your legs in the air will help you get pregnant

The logic is this: when you lift your legs up, it will tip your pelvis and give those little swimmers a direct route to their end goal. Unfortunately, all this does is numb your legs. According to gynecologists, sperms will naturally travel directly to your eggs following ejaculation, even if you don’t do a headstand, handstand or leg lift after intercourse.

Myth 5: Missionary style is the only way to do it if you want to get pregnant

It doesn’t matter what position you do it in – when there’s deep penetration and your man ejaculates, those swimmers will know what to do.

This myth is born all because of this yam-loving African village of Igbo-Ora, which recorded the highest rates of twin births in the world. There was one study which linked yams and fertility, but nothing was officially proven. To date, it’s still classified as unknown or a coincidence.

Myth 7: The Pill will lower your chances of getting pregnant

Studies show that within one year after stopping the Pill, 80 percent of women who want to get pregnant succeed in doing so. There are also many cases that show women’s cycles getting back on track right away after going off the Pill, so there’s little to prove that going on the Pill for too long will delay pregnancy.

You will still have regular period even if you have blocked fallopian tubes. Similarly, if there is scarring of the tubes due to endometriosis or pelvic inflammatory disease (PID), there will be no symptoms and your period will still be regular. In both cases the sperm will not be able to reach the egg so conception cannot occur. This means regular periods aren’t a good indication of whether or not you are fertile.

Myth 9: You will conceive as soon as you relax

This is certainly well-meaning advice. But if you have an identifiable fertility problem such as blocked tubes, endometriosis, polycystic ovarian syndrome or sperm issues, relaxing isn’t going to help. The first step is to make an appointment with a fertility doctor for comprehensive testing to know the real cause.

Myth 10: Stress can make you infertile

Stress may affect fertility, but stress alone certainly isn’t the main cause of infertility. Nevertheless, it certainly has an enormous effect on a woman’s overall sense of wellbeing while trying to conceive. So take care of your stress level first and see if things improve.

There are numerous historical, cultural, and religious reasons for this belief but the reality is that men suffer from infertility too. In approximately 40 percent of infertile couples, the male partner is either the sole cause or a contributing cause of infertility. A deficiency in sperm quality or quantity is the primary problem in 20% of infertile couples. In another 30-40% of couples, there are both female-related and male-related fertility issues. This means, when infertility is an issue, be sure that both of you receive a complete reproductive assessment.

A healthy lifestyle may help keep your clock running as long as it possibly can, but it actually does little or nothing to increase your reproduction time span. That’s not to say living a healthy lifestyle makes no difference, as exercise and a good diet would give you a sense of better well-being which helps you to be more receptive when you are trying for a baby.

Don’t assume that older women can’t get pregnant naturally; eventhough fertility does decrease with age. Many women who are over 35 (the age when your fertility first starts to drop) get pregnant without additional treatment and carry healthy babies to term, just as many women in their 20s can encounter fertility problems that make it hard to get pregnant. Nevertheless, if you are older than 35, or have gynecologic or medical problems (irregular or painful periods, diabetes, thyroid problems, etc), you should seek evaluation by a fertility specialist or an ob-gyn after six months. If a woman is 40 or older, it is appropriate to seek consultation after trying for 3 months.

Whether caffeine reduces fertility is still a big question. Some studies have suggested that consuming greater than 250-300 milligrams of caffeine (about 3 cups of coffee) per day may delay conception, so women are advised to reduce their caffeine intake while they are trying to get pregnant. The best advice is to go easy on your coffee and aim for a healthy and balanced diet.

Myth 15: When you fail to get pregnant after three or six months of trying, there is something wrong with you

Before you freak out that there’s something off about you because this is your ninth month of babymaking, and there is hardly any sign of a bun in the oven, relax. Take note that trying to have a baby is not about chasing a deadline. A good rule of thumb is to consult a doctor if you’re still not pregnant after one year of trying. But remember that just because you’re not pregnant yet, doesn’t necessarily mean there is something wrong with you. Every couple is different, and there are many different factors involved.

Myth 16: Certain foods should be avoided if you want to get pregnant

As there are no superfoods that would make you fertile, there are also no ‘bad foods’ that would make you infertile. In truth, a balanced diet gives you the best chance of conception. Unless specific medical testing has ruled out certain foods for you, your diet should consist of lean meats, fruits, veggies, whole grain breads and cereals, healthy oils, and nuts.

Myth 17: If he’s already dad, he won’t have fertility problems

Like female fertility, male fertility also decreases with age, particularly after age 40. As a man ages, the concentration of mobile, healthy semen and semen volume overall will decrease.

Myth 18: The second baby should be easy

It’s not true that if you’ve had one baby, getting pregnant again should be easy. Secondary infertility (when couples who have had a child find it difficult to conceive again) is a problem for about 11% of couples. Although not that common, polycystic ovarian syndrome (PCOS) can sometimes develop after the first pregnancy, especially if there has been considerable weight gain since the first pregnancy. Also, there may be lifestyle changes once a child is born, which would all lead to infertility issues.