Home › Blog › 14 Plants and Herbs to keep Diabetes in check

14 Plants and Herbs to keep Diabetes in check 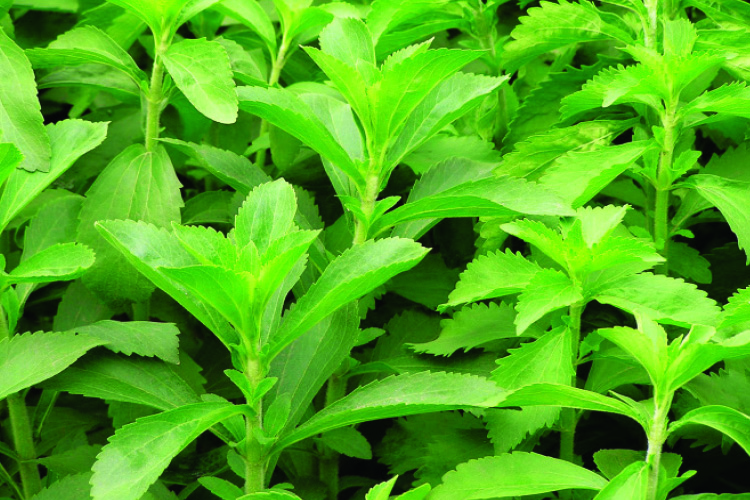 Can herbs and plants help control diabetes? These 14 are used to treat symptoms of diabetes and have shown positive results in naturally lowering blood sugar levels. Scientific research is now shedding new light on the mechanisms used since ancient times to treat diabetes with these herbs & plants.

Known for its immune-boosting and disease-fighting benefits, this Chinese herb has several positive diabetes studies behind it. Researchers have found that ginseng slows carbohydrate absorption; increases cells’ ability to use glucose; and increases insulin secretion from the pancreas. A team from the University of Toronto has repeatedly demonstrated that ginseng capsules lower blood glucose 15 to 20 percent compared to placebo pills.

Garlic is thought to offer anti-oxidant properties and micro-circulatory effects. Researchers have found that certain compounds in garlic such as allicin, allyl propyl disulfide and S-allyl cysteine sulfoxide work by increasing the amount of insulin in the blood by blocking the liver’s inactivation of insulin, making more insulin available to the body.

Also known as sweetleaf, sweet leaf, sugarleaf, Stevia, a no-calorie sweetener, is extracted from the leaf of a plant grown in Paraguay and Brazil. The ingredients in stevia that make it sweet include the plant chemicals stevioside, rebaudiosides, and dulcoside A. Stevia is said to be about 200 – 300 times sweeter than sucrose (table sugar). What makes stevia stand out is that it stimulates the release of insulin and normalises the response to glucose, especially in type 2 diabetes. It is used in Latin America as an inexpensive therapy for hyperglycemia.

Some studies have shown that oral application of neem leaf extracts reduced a patient’s insulin requirements by between 30 and 50 percent for nonkeytonic, insulin fast and insulin-sensitive diabetes, without altering blood glucose levels. A study indicated that a number of insulin-dependent diabetics were able to reduce their insulin considerably when treated with neem leaf extract and neem oil. The general impression is that neem may enhance insulin receptor sensitivity and may work well on Type-2 diabetics.

Cinnamon has begun to find favour with modern science as an herbal treatment for diabetes. The active ingredient, methylhydroxy chalcone polymer (MHCP), has been shown to increase the body’s cells’ sensitivity to insulin. This helps improve the efficiency of insulin and increase the conversion of glucose to energy. It has even been claimed that cinnamon may triple insulin’s efficiency, whether natural or injected. It also has anti-oxidant properties that help to reduce the damaging effects of diabetes.

Milk thistle shows promise as a defense against diabetes and diabetes-related complications, including damage to the kidneys and blood vessels. Often used to boost liver health and support detox efforts, milk thistle is rich in antioxidants (natural substances known to knock out free radicals). In turn, many diabetes-related complications are linked to oxidative stress (a process that results from overproduction of free radicals). By protecting against oxidative stress, studies suggest, milk thistle may aid in the treatment of diabetes.

Grape seed extracts are produced from grape seeds obtained often from red wine manufacturers. They contain high amounts of vitamin E, linoleic acid and multiple antioxidants. Diabetes is a metabolic disease that has several secondary complications including cardiovascular disease, kidney toxicity, nerve and eye damage. The complications of diabetes are caused by the high levels of glucose, lipids and oxidative stress that accompany the disease. Several animal studies suggest grape seed extract not only reduces blood glucose levels, but also decrease the risk of developing many of the secondary complications associated with diabetes.

The Greek and Romans used to treat diabetes with this spice. Modern researchers have discovered that fenugreek seeds lower blood glucose; reduce insulin levels, and total cholesterol. These seeds, used in Indian cooking, have been found to lower blood sugar, increase insulin sensitivity, and reduce high cholesterol, according to several animal and human studies. The effect may be partly due to the seeds’ high fibre content. The seeds also contain an amino acid that appears to boost the release of insulin.

Holy Basil is an herb employed in traditional ayurverdic practises. A controlled clinical trial showed a positive effect on postprandial and fasting glucose, and experts predict that the herb could enhance the functioning of beta cells, and facilitate the insulin secretion process. The leaves of the holy basil plant contain essential oils that yield eugenol, methyl eugenol and caryophyllene, and they also yield other substances such as ursolic acid and apigenin. Researchers have theorised that holy basil leaves may improve pancreatic beta cell function and thus enhance insulin secretion.

In Hindi, this plant’s name translates as “sugar destroyer,” and the plant is said to reduce the ability to detect sweetness. It’s regarded as one of the most powerful herbs for blood-sugar control. It helps support healthy blood sugar levels as it contains compounds known as gymnemic acids and tritepenoid saponins, gymnemasins A, B, C and D. It may work by boosting the activity of enzymes that help cells use glucose or by stimulating the production of insulin. This herb also stimulates the pancreas to produce more insulin and to enhance the activity of insulin. Both type 1 and type 2 diabetes can benefit from this herb.

In some parts of the world, dried aloe vera sap and gel (taken from the inner portions of the leaves) are used traditionally to treat diabetes. Aloe vera may be able to lower fasting blood glucose levels. Aloe Vera has effective compounds such as mannas and anthraquinones that give it the ability to lower blood glucose and triglyceride levels in diabetics. Studies have suggested that extracts of Aloe Vera have a significant anti-hyperglycemic effect and may be useful in treating diabetes. Diabetes mellitus blocks Vitamin C and E antioxidant effect preventing the organism from absorption of vitamins into the bloodstream. Aloe Vera, the medicinal plant enhances these vitamins’ influence on the body.

The aptly named bitter melon is thought to help cells use glucose more effectively and block sugar absorption in the intestine. This fruit contains several phytochemicals that mimic sulfonyurea drugs, without the side effects. Bitter melon’s powerful insulin lowering properties are currently being looked at as an effective treatment for Diabetes. Studies suggest that bitter melon may play a role in controlling the production of insulin by the body, thus promoting blood sugar control. Some of the documented studies show this bitter gourd to enhance cells’ uptake of glucose, to promote insulin release, and to make the effect of insulin more potent.

This relative of the blueberry contains powerful antioxidants in its fruit and leaves. These anti¬oxidants, called anthocyanidins, seem to help prevent damage to tiny blood vessels that can result in nerve pain and retinopathy (damage to the eye’s retina). Animal studies have also suggested that bilberry may lower blood sugar.

Inhabitants of the Mexican desert have traditionally employed the plant in glucose control. Intestinal glucose uptake may be affected by some properties of the plant, and animal studies have found significant decreases in postprandial glucose The fruit is also high in fibre.

Caution: All the herbs and plants mentioned above cannot work alone. A change to dietary strategy and lifestyle habits in the right route, is needed to have more successful results. Using these herbs and plants in place of prescribed diabetes treatment can have serious health consequences. If you’re considering the use any of the above (or any other herbal remedy) in treatment of diabetes, it’s crucial to consult your physician before starting your supplement regimen.