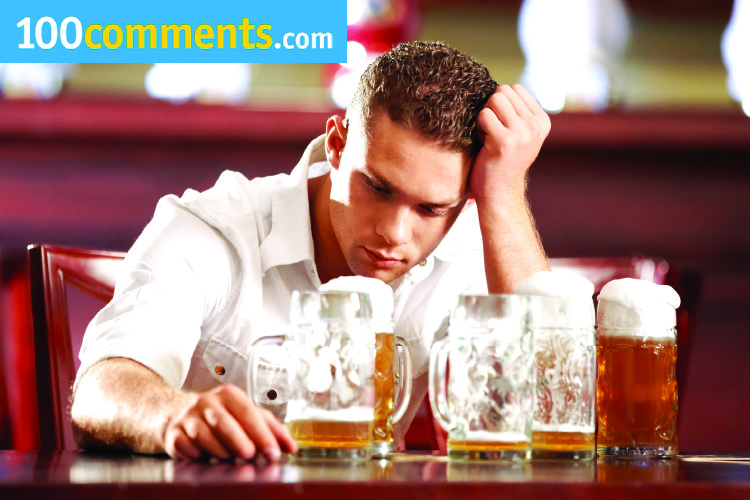 Year end holidays and New Year’s Eve are times of unrestrained celebration for millions of people around the world. More often than not, alcohol will be part of the celebration. Sadly many may end up with dreaded hangovers due to overindulgence. How much do you know about alcohol consumption and hangover? Myths about hangovers are as varied and fanciful as the cocktails served. Let’s look at what works, and what does not so that you can ‘parrrtayyy’ without getting a pounding headache the next morning.

FACT: A hangover is the body’s way of saying that it’s being poisoned with too much alcohol. When heavy drinking affects your central nervous system, it messes with your brain chemicals leading to various symptoms of hangover – headache, fatigue, dizziness, elevated body temperature, hyper salivation, body aches and nausea. As a diuretic, alcohol increases the frequency of urination that can dehydrate the body, while too much of alcohol can lead to vomiting, again causing dehydration, and a weakened immune system.

FACT: Ladies’ Nights are good promotional schemes for drinking joints but women should be more cautious than men in this as they can get drunk faster. According to research, each single drink hits a woman like a double. A woman’s body contains less water and more fatty tissue – which increases alcohol absorption – compared to a male body. And women have a lower activity level of an enzyme called alcohol dehydrogenase(ADH), which breaks down alcohol.

FACT: It all depends on your body composition. For some, binge drinking can speed the way to a hangover while for some, a couple of drinks can trigger hangover symptoms like headache, nausea, etc. It helps to down water between alcohol drinks to dilute the amount in your bloodstream and to keep you hydrated.

MYTH: Cocktails are the safest bet to avoid hangover

FACT: It all depends on the percentage of the alcohol present in the drink and the amount you consume. The stomach is emptied faster when drinking fewer calories. This makes you to down more glasses. Diet drinks may help if you’re counting calories, but not if you’re trying to avoid a hangover.

FACT: It isn’t just the order you drink that matters, but ultimately the amount of alcohol and the pace you set yourself. Having said that, if you start with liquor and then switch to beer for the rest of the night, you may slow down your intake of alcohol as beer has lower alcohol content than other hard liquor. If you switch from beer to liquor, you could speed your way to hangover.

FACT: The opposite will help. If you have food in your stomach before you drink slows down the body’s absorption of alcohol. And the best food that can help are ones high in fat like steak or pizza. Also, you could look sloppy if you’re having them after some heavy drinking. Worse, you may not be enjoying them either with your numb taste buds. You should drink lots of water to fight dehydration, dilute the alcohol, and induce urination to dispel alcohol residues faster from your kidneys.

MYTH: Wine is the gentlest of all alcohols

FACT: Research shows that the gentlest of all alcoholic drinks are beer and clear liquors, such as vodka and gin. It all depends on the amount you consume too. Tannins, compounds that are known to trigger headaches for some are found largely in red wine. Malt liquors, like whisky, also tend to produce more severe hangovers.

MYTH: A wake-up drink is the cure

FACT: All it does is carry forward your hangover. And the worst symptoms hit when your blood-alcohol levels drop to zero. If you think you can only function with a morning drink, you could be suffering from alcohol addiction.

FACT: While a nightcap or two may relax you and help you doze off more quickly, but research shows that alcohol affects the quality of your sleep by disrupting the all important REM stage of sleep – which is the relaxed state. You also tend to wake up earlier and end up with fatigue, impaired concentration and day-time drowsiness. Hangover could also strike at the end part of the night, leaving you all groggy.

FACT: Caffeine in coffee has been considered to be a diuretic by experts and consumers for years now. Thus drinking coffee can only exacerbate dehydration because it increases the rate of urination. Instead, keep seeping water and isotonic drinks to fight dehydration and lost electrolytes.

MYTH: Popping painkiller pills before bed is a better bet

FACT: Timing is important here. Don’t take it before bed because the drug’s effectiveness peaks in about four hours – this defeats the purpose by morning. It’s more effective if you take it in the morning and see the difference within hours.

MYTH: Hangovers are not fatal

FACT: If precautions are not taken, hangovers can lead to alcohol poisoning which requires immediate medical attention. So if you see someone vomiting profusely or fainting after drinking, it may just be a warning sign. Other signs and symptoms of alcohol poisoning include confusion, extreme anger, seizures, slow breathing, pale, bluish, cold and clammy skin. It’s easy to blow off these symptoms as the price of partying hard but you can’t be too careful.