Home › Blog › 12 Foods That Are Bad for the Planet… And What You Can Do About It!

12 Foods That Are Bad for the Planet… And What You Can Do About It! 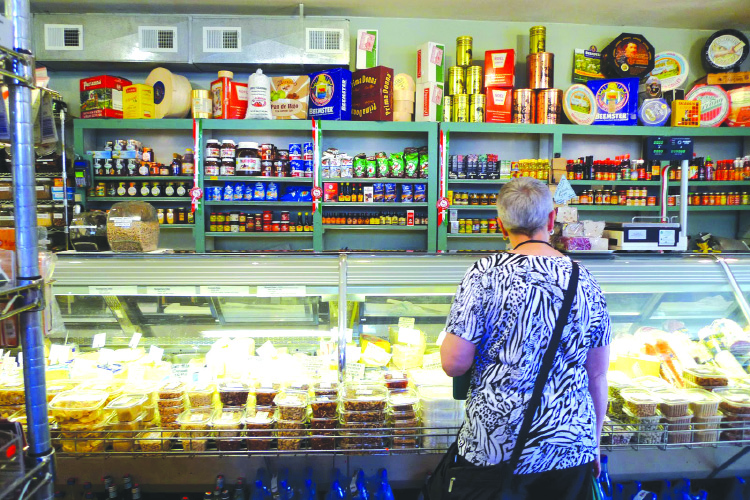 The world’s population is increasing, further depleting Mother Earth of her already scarce resources. If the depletion of resources isn’t bad enough, we leave behind damage in the activities we do, including eating. We’ve never thought that some of the food we consume can be bad on the environment, have we? There are many, but here are 12 of the most damaging ones…

The effort to get people to stop eating shark’s fin soup has been going on for ages. While some have pledged to stop consuming the soup, there are others still oblivious that sharks are left to die once their fins have been sliced off to make the soup they are devouring. Or maybe they do know but simply have no heart. A milestone was reached when the Shangri La chain of hotels announced in January this year that it would not serve the soup in any of its hotels worldwide – a move deemed significant as a large number of its hotels is located in China, where shark’s fin soup is a revered delicacy among the Chinese.

Go for fake shark’s fin or other delicacies. Chefs in restaurants have come up with ‘fins’ without compromising on the taste of the soup. There are many more delicacies to choose from for your banquet dinner anyway. Scallops, abalones and clams are all equally pricey, taste as good and say the same thing about your economic status just as shark’s fin soup does.

Crops were genetically modified for various reasons – to make them more resistant to diseases and pest attacks, create more varieties of food and to produce food that taste better. In fact, the popular NaturalNews, an independent news resource, even claims that more than 90 percent of all soybeans grown in the United States are genetically modified (GM) for herbicide resistance and are consequently sprayed with massive quantities of those toxic chemicals. Fully 85 percent of all corn grown in the US is also genetically engineered, either for herbicide resistance or to produce pesticides within its tissues.

On a larger picture, GM food messes with the ecosystem. When a crop is resistant to certain pests, the sources of food for other animals are affected and the food chain is altered. The altered genes can also harm the animals that feed on the plant as well as be transferred to other plants through pollination. New diseases can be potentially created too if bacteria and viruses were used to genetically modify the crops.

Familiarise yourself with the food types that are most likely to be genetically-modified. Check labels – laws in Europe require GM food to be labelled. However, food from the U.S. and Canada don’t have to be.

Meat is deemed a slight threat to the environment due to livestock being the primary source of water pollution and being responsible for greenhouse gas emission and the presence of nitrogen and phosphorus in freshwater sources. Large areas of land are cleared to make way for the farming of cattle and other livestock. The impact of livestock on the environment is so great that the U.S. Environmental Defence Fund revealed that if all Americans replaced a meal of meat with vegetarian food, carbon dioxide from as many as 500,000 cars is prevented from being released into the air.

It is really hard to eliminate meat from our diets completely; no one is asking you to do that. But what we can all do is to have a vegetarian meal every now and then, or even on a selected day, say Monday. It’s good for our health and for our planet too.

Sugar is reported to be the most environmentally-destructive crop with habitat loss, water pollution and high usage of water and pesticides taking place during the production of sugar. Large areas of forests have been cleared for sugarcane plantations, which release polluted wastewater into the water system later on.

There are even more reason now to cut down sugar from your diet. Opt for alternatives such as artificial sweeteners, xylitol or honey.

70% of the world’s fisheries are on the verge of collapsing due to exploitation. Fish such as Atlantic salmon and Bluefin tuna have to be declared as endangered species as a result of overfishing. Bear in mind that it isn’t just these species alone which will be affected by overfishing but the other species in the food chain too.

Do some homework and find out which fish species are overfished and are close to extinction. Avoid those species, among which are sharks and groupers. Get yourself Malaysia’s first Seafood Guide from WWF-Malaysia. The guide highlights 50 popular seafood species that are commonly sold in the markets. Check out www.wwf.org.my

Due to the fun and convenience, fast food is a regular fixture of today’s diet. This is bad not just for your body but also for the planet you live in. Your burger comes in a paper wrapper before being placed in a box, and then there is a box that holds your fries. Then, there is the cup of soft drink which you’d need a cover and a straw for. All those are put into a plastic or paper bag along with 3-4 sachets of chilli sauce. And that is just one meal for you alone; try multiplying that with the number of meal sets that a fast food outlet sells each day. Fast food restaurants have been identified as the largest source of urban waste. It isn’t just trash produced that is harming the planet. It has been found that a restaurant producing four hamburgers releases the same amount of organic compounds as driving a car for 1,000 miles. So now you know how fast food ‘powers’ your waistline.

This is easy – cut down on fast food! It’s not only good for the planet but for your heart too.

We take away chicken rice in styrofoam containers along with a packet of kopi-o, tied with a string and a straw sticking out of the bag. If we are a little more ‘hardworking’, we’d microwave some food bought from the frozen section of the hypermarket. All the bags, containers and packaging eventually end up in the landfills, where plastic take years to be broken down as we all already know. Processed food also contains various chemicals which require energy-intensive production processes to manufacture.

Eat fresh food, bring your own containers if you take out food and when you shop, buy in bulk to reduce the amount of discarded packaging.

In the farming of organic produce, no pesticides were used, thus no chemicals enter and tarnish the water supply. Lesser energy and water is also required in organic farming.

Start consuming organic food if you can. You’re not only doing your part for Mother Earth but also saving yourself from chemical fertilisers, synthetic pesticides and genetically-modified organisms. Conventional food could also possibly be exposed to industrial solvents and radiation during the production process, so switching to organic food protects you from the harm associated with both elements.

Almost every fried item you eat was fried in palm oil. Daily food such as margarine, candy, cereal and canned food were produced with palm oil being one of its ingredients too. To cater to the needs of the market for palm oil, forests are cleared to make way for palm oil plantations. Trees are felled, flora and fauna lose their habitats and wildlife’s existence is threatened.

Reduce your intake of fried food; it is good for your health as well. It’s not possible to eliminate fried food from your diet entirely, so opt for olive oil or sunflower oil instead when you are cooking at home. When you buy crisps at the supermarket, go for the ones that are baked, not fried.

Wheat flour undergoes more processing to make white bread. Unlike the making of brown bread, the bran and germ is removed from the flour used to make white bread, before the flour is whitened with bleaching agents. These processes lead to more energy and resources being consumed. Needless to say, these have a greater impact on the environment.

Substitute your white bread for brown bread. Brown bread is healthier as vitamins and minerals remain with the bran and germ, which are removed from the flour used to make white bread. You are also safe from the consumption of bleaching chemicals which can cause kidney damage in the long run.

It has been reported that the average fresh food consumed has travelled 1,500 miles to arrive on your dinner table. That’s certainly a distance, especially if there are local alternatives available which definitely reduces fossil fuel consumption and carbon footprint.

Buy local produce which includes fresh fruits, vegetables, biscuits, jams and such. Shop for these at your local market, pasar pagi, pasar tani or pasar malam. You can even grow your own; these are the freshest and safest produce you can get. Not only that, you save on groceries, you get some form of physical activity and you gain satisfaction from watching a plot of land in your garden turn into a lovely little farm.

Used as a low-cost sweetener, high-fructose corn syrup is high on the list of most environmentally damaging ingredients. For starters, the land is only used to grow corn, which causes the depletion of soil nutrients and leads to soil erosion and a higher consumption of fertiliser and pesticide. The increased usage of such chemicals allow algae to flourish, which diminishes the level of oxygen underwater and causes a ‘dead zone’ in the ocean where no living thing can survive due to the lack of oxygen. Milling and processing the corn to produce high-fructose syrup is also an energy-intensive process.

Check if your soft drinks, cereals, fruit drinks, yogurt and salad dressings contain high-fructose corn syrup or its alternative names, glucose-fructose syrup or glucose/fructose. Avoid the products if they do. If you think that you won’t be able to make much of a difference to the planet by cutting down on the syrup intake, think about your well-being instead.

Exposure to Atrazine, a common herbicide used in corn growing, can cause diarrhoea, vomiting, abdominal pains, rashes, eye irritation, breathing difficulties, convulsions and even death. The chemical has also been found to have turned male frogs into hermaphrodites, organisms which have both male and female sexual organs. As such, atrazine can potentially lower sperm counts, reduce testosterone production and cause birth defects in humans.

“We do not inherit the earth from our ancestors; we borrow it from our children”

So let us do our part and try as much as we can to reduce our intake of the 12 foods mentioned above to preserve the planet for our future generation.