Home › Blog › 10 Weight Loss Secrets From Around The World

10 Weight Loss Secrets From Around The World 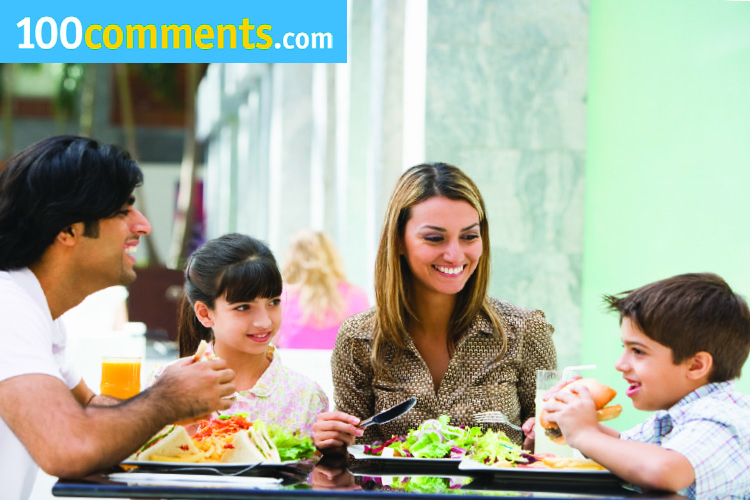 Diet has become such an obsession nowadays. What happened to the joy of good eating without all the guilt? Eating in moderation, that is. In case you’re wondering how others around the world are taking care of the pounds, here is a quick look, and also ideas, you can use to keep yourself in shape.

Countries where tea drinking is big tend to have lower rates of obesity like in South Africa and Britain, for instance. Tea contains antioxidants that can help prevent against cancer and other diseases. Drinking tea often also helps one to stay more hydrated, make you fuller, and eat less, says Marjorie Nolan, MS, RD, a spokeswoman for the American Dietetic Association. Another plus point is, drinking hot tea will let you slow down and appreciate the moment when you’re at the table – which can help with your weight loss.

Want to get lots of fibre in your meal? The Brazilians eat rice and beans at almost every meal. Fibre helps you fill up more quickly and feel full longer too. Research has shown that a consistent diet of rice and beans lowers the risk of becoming overweight by as much as 15 percent. Anything fried doesn’t count because the Brazilians’ rice and beans aren’t fried.

Aim for quality, not quantity

“The French set the standard for small portions with their haute cuisine,” says David Katz, MD, author of The Way to Eat. They disregard any food that is not found in nature, opting instead for high quality meats, fish, produce, dairy, even desserts. The reason is simple. When food is fresh and flavourful, you can be satisfied with smaller portions as opposed to processed, fast foods.

Pick up the Pickles

Hungarians eat lots of pickled foods, such as cucumbers and various types of peppers. Pickled vegetables tend to be low in calories and can be part of a healthy diet. Because pickled foods are tart (sharp tasting), you tend to eat less. Pickled foods contain vinegar and studies have shown that when consumed regularly, vinegar helps maintain body weight.

Due to their economic circumstances, most Russians grow their own fruits and vegetables. This bounty from the garden tends to be lower in calories and higher in nutrients without all the chemical residues like that of commercial ones. Besides, Nolan says, “you are likely to take a little more time to prepare, cook and savour food harvested from your own garden.” When you concentrate on what you eat, you eat less, and eating less with a healthful diet can result in weight loss.

A study on 6,500 adults by Cornell University in rural China found that while the Chinese ate about 30 percent more than the average American male, they weighed about 25 percent less, largely because they ate a lot of plant-based foods. Aim for at least five colours at each meal: red, blue-green, yellow, white and black, from food items like red peppers, squash, broccoli, onions, black beans or black olives. People love variety, and by consciously adding up calories from low-energy-dense foods, your food is both healthy and attractive, says Barbara Rolls, Guthrie professor of nutrition at Penn State University in University Park, and author of The Volumetrics Eating Plan.

Indians generally eat big meals at midday. Jennifer Workman, a Boulder, Colorado-based ayurveda specialist, registered dietitian and author of Stop Your Cravings explains that, “according to ayurveda, India’s 5,000-year-old approach to wellness, we’re actually designed to eat the larger meal at lunch because our digestive ‘fire,’ is strongest between 10 a.m. and 2 p.m. This is the time when we digest more efficiently. “I’ve seen people in my practice lose 5 to 10 pounds just by doing this,” she says.

Hara hachi bu, or eat only until you are 80% full is a cultural habit of the Okinawans which plays a role in portion control. Bradley Willcox, MD, co-author of The Okinawa Diet Plan suggests that you should put your fork down ‘when you feel that first twinge of fullness’ because the stomach’s stretch receptors take about 20 minutes to tell the body that it is full. The traditional Okinawa diet, with its emphasis on vegetables, whole grains, fruits, legumes (soy foods) and fish with limited amounts of lean meats serves as a model for healthy eating too.

Spice up your diet

“When your food is overly spicy, it slows down your eating and you eat less,” says Nolan. Thai cuisine can be some of the spiciest in the world, and that can add to weight loss. Moreover, because it is spicy, you tend to drink more water with your meal and fill up quicker.

Sometimes the best remedy for overeating is not eating! Muslims all over the world (like in Malaysia and Indonesia) observe fasting from dawn to dusk in the month of Ramadhan (the ninth month in the Islamic Calendar). Besides offering many spiritual benefits, fasting can help to break patterns of mindless eating and one to be in control of the body’s hunger and appetite. Being more mindful of your food can help one to choose more nutritious foods and achieve weight loss.