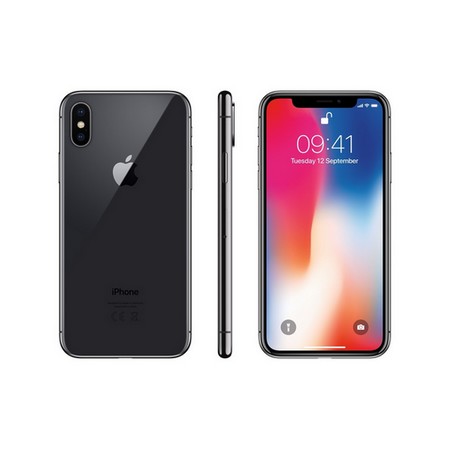 The iPhone X has a 5.8-inch diagonal OLED color-accurate screen that supports DCI-P3 wide color gamut, sRGB, and high dynamic range, and has a contrast ratio of 1,000,000:1.The Super Retina display has the True Tone technology found on the iPad Pro, which uses ambient light sensors to adapt the display’s white balance to the surrounding ambient light.Although the iPhone X does not feature the same “ProMotion” technology used in the displays of the second-generation iPad Pro, where the display delivers a refresh rate of 120Hz, it does sample touch input at 120Hz.OLED screen technology has a known negative trend of “burn-in” effects, in which particular elements consistently on the screen for long periods of time leave a faint trace even after new images appear. Apple acknowledged that its OLED screens were not excluded from this issue. OLED panels Apple used in the iPhone X had been engineered to avoid the “oversaturation” of colors that using OLED panels typically results in, having made color adjustments and “subpixel”-level refinements for crisp lines and round corners.

The iPhone X has two color options; silver and space gray. The front and back of the phone are composed of surgical-grade stainless steel to improve durability, and the device has a glass casing. The design is intended to be IP67 water and dust resistant.
The iPhone X contains Apple’s A11 Bionic system-on-chip, also used in the iPhone 8 and 8 Plus, which is a six-core processor with two cores optimized for performance (25% faster than the A10 Fusion processor), along with four cores optimized for efficiency (70% faster than the previous generation).It also features the first Apple-designed graphics processing unit and a Neural Engine, which powers an artificial intelligence accelerator.

Face ID replaces the Touch ID authentication system. The pattern is sent to the Secure Enclave in the A11 Bionic chip to confirm a match with the phone owner’s face.By default, the system will not work with eyes closed, in an effort to prevent unauthorized access but this requirement can be disabled in settings.

The iPhone X has two cameras on the rear. One is a 12-megapixel wide-angle camera with f/1.8 aperture, with support for face detection, high dynamic range, and optical image stabilization. It is capable of capturing 4K video at 24, 30 or 60 frames per second, or 1080p video at 30, 60, 120 or 240 frames per second. A secondary, telephoto lens features 2× optical zoom and 10× digital zoom with an aperture of f/2.4 and optical image stabilization. A Portrait Mode is capable of producing photos with specific depth-of-field and lighting effects. It also has a quad-LED True Tone flash with 2× better light uniformity.