Why Do We Get Sick? 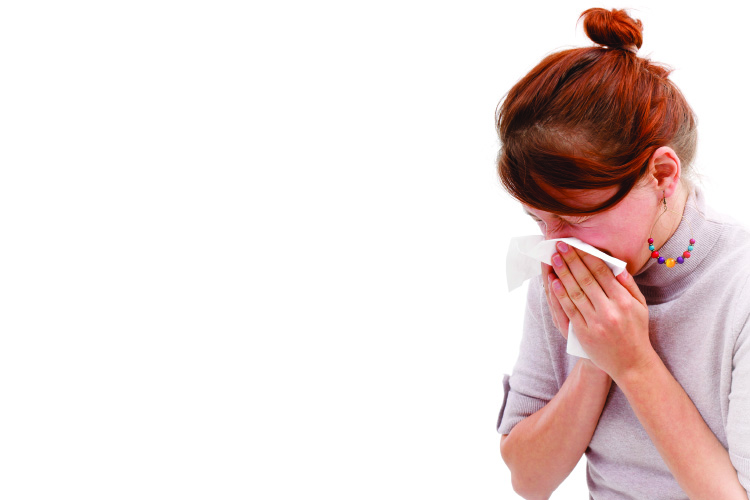 What is it exactly that triggers illness?

The question has confounded philosophers and healers since the beginning of time. Some of the answers that have been given include: Evil spirits, evil eye, displeasing the gods, angering the ancestors, failing to follow the rules/commandments/precepts, bad luck, indolence, bad habits, poor diet, contagion, and in our times, genetics, which could be another way of saying bad luck.

Celsus, the Greek physician of the first century B.C.E., considered finding the cause of disease unimportant, and focused instead on that which relieves disease. His Swiss spiritual disciple Teophrastus Bombastus Von Hohenheim, who took the name Paracelsus and with it became well known as a physician, natural philosopher, and the founder of a new school of chemical medicine, had a different take on the causes of illness. I found the view of Paracelsus simple, accurate, and most helpful; therefore I have kept it in my mental baggage ever since I discovered it more than twenty five years ago.

Paracelsus, who lived at the end of the 15th and the beginning of the 16th Centuries, considered that there were five major causes of illness. Translated, expounded, and modernized, they are as follows:

Let’s go over these one by one.

These are the factors that come to us from the outside: excess heat, cold, dampness, wet, wind; also, in our times, pollution, acid rain, electromagnetic fields, airborne pesticides and agricultural chemicals, and of course radioactive pollution and emissions.

While the causes of sunstroke and frostbite are easy to diagnose, the diseases caused or exacerbated by more modern environmental pollutants are harder to pinpoint, unless they are found in people who actively handle toxic chemicals. Germs may be part of this category, but they really only cause illness if the body is susceptible or run down.

Among the unhealthy foods common in today’s culture we can include infant formula. While it is true that infants do survive on it, formula does not strengthen the immune system the way breastmilk does. Colostrum, the watery substance secreted by the mother for the first two or three days after birth, is a major factor in a person’s lifetime immune strength: colostrum cleanses and colonizes the infant’s intestines with healthful lactobacillus, and thereby sets up the immune system for life.

Even a few weeks of breast-feeding are better than nothing; the best is of course five or six months of exclusive breastmilk, and thereafter less and less just as solid foods increase. People who were bottle-fed as infants are more likely to have a weak immune system, trouble with digestion, and problems with food.

In our times especially, over-the-counter and prescription pharmacological drugs, which always have adverse effects, can be a major cause of illness, yet are all too frequently overlooked. Some common drugs include aspirin and other anti-inflammatory drugs, which can cause blood-vessel and liver damage; digestive aids, which may contain aluminum, and many others. I especially want to single out antibiotics and vaccinations, both given repeatedly to a majority of our population of children and adults.

Antibiotics damage the intestinal flora and cause immune disorders; vaccinations are injected directly into the bloodstream, contain such unsavory elements as live or killed virus, mercury salts, aluminum salts, and formaldehyde, and are designed to disturb and provoke the immune system as well. If you add up bottle feeding, junk food, antibiotics, and vaccinations, is it any wonder that disorders of the immune system are rampant in our society?

Here is where stress comes in. Stress has actually been defined as lack of sleep. As we repair our bodies during sleep, when we don’t get enough of it, we don’t get the chance to repair properly, and disease ensues. In addition, emotional disturbances, repressed feelings such as anger, resentment, sadness, worry, and fear, can most definitely weaken and sicken us. Carrying these emotions over the years, we may become accustomed to them and stop noticing, and that makes them even worse and more apt to damage our health. Louise Hay and Carolyn Myss both address this aspect in their books and talks.

We inherit the weaknesses of our parents and ancestors, and may be more likely to suffer the same illnesses as they did. However, such a passing of the illness torch is far from certain, and if we improve our physical and mental health habits, we can certainly avoid getting these problems. Parents will influence the health of their offspring with their own habits: good food and an absence of drugs and stimulants will increase the odds of having a healthy child.

In addition, the mother has nine months to make an impression, and by now we all know that what she eats, drinks, smokes, and takes all have an effect on the baby she carries. We should be cautious to label any disease as “genetic” if it has not appeared in our ancestors – such a disease is more likely to be of the “poisons and impurities” kind, even though it may not have been noted as such.

I consider this section the junk corner of the system: whatever does not fit in any of the above goes here. If we can find no reason or remedy to some illness we suffer, let’s consider it fate, lessons from past lives, payments for bad deeds done, or unsolved mysteries. Psychic healing, past life regression, psychic surgery, prayer, all these healing modalities may have an effect on this sector.

When you don’t know what on earth is the matter with you, and you’ve tried Western medicine, Chinese medicine, chiropractic, homeopathy, herbs, food, and all manner of bodywork, try giving up for a while and tune into your spiritual self. Read some uplifting book like A Course In Miracles (surely my favorite among spiritual books), meditate, and ask for help from your Source. Sooner or later – it may take years, though – some interesting answer will appear.