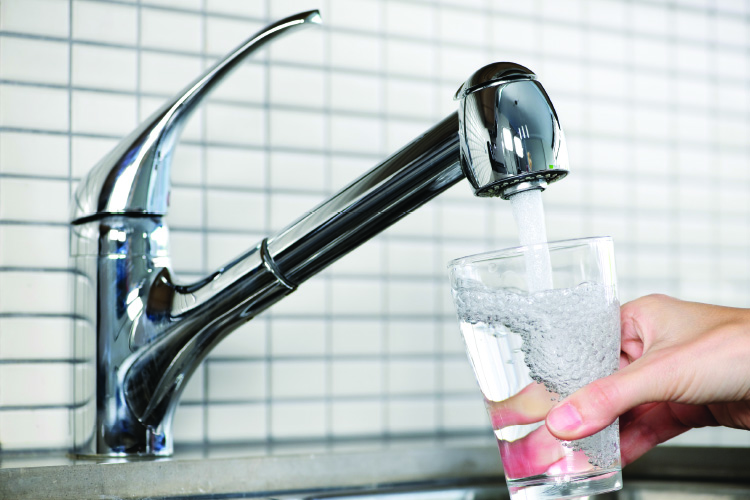 Fluoride is a by-product of steel manufacturing, and was also a byproduct of the manufacture of the atomic bomb in the 1940’s

The New York Times published what seemed to me a somewhat cranky Op-Ed piece on August 1, 2005, called “Bad to the Last Drop,” by Tom Standage. Mr. Standage, who is the technology editor of The Economist, conducted a blind taste test of ten bottled and tap waters with his friends. The result? They couldn’t tell which was tap and which was bottled, so their conclusion was that “people cannot tell the difference between tap water and bottled water,” therefore, they are wasting their money when they buy the latter.

This was a very poor test, in my view. I remember when I lived in Argentina, as a youngster, and commuted between two cities, Buenos Aires and Mar del Plata. I spent my teenage years in the latter, which is a seaside resort, and the tap water seemed just fine. Then I went to Buenos Aires for college, and the tap water there was vile! After a while I got used to it, and it seemed normal. Then I would return to my home town, and the tap water there was vile in turn! Until I got used to it, and then it became normal. As I moved twice a year – college, recess, summer, etc. – my relationship with the waters swung widely, and every time the taste took getting used to.

This experience taught me that the subjective taste of water changes according to one’s habit, so I have no trust in these taste tests. But what Mr. Standage and others overlook are the major reasons why some people use bottled water, which is to avoid the toxic chemicals added to the tap water. He briefly acknowledges the issue and throws it away just as fast – “What of the idea that drinking bottled water allows you to avoid the chemicals that are sometimes added to tap water? . . . if you want to avoid those chemicals for some reason, drinking bottled water is not enough,” he writes. “You will also have to wear a gas mask in the shower, and when unloading the dishwasher.” Note he doesn’t mention the chemicals, which are chlorine and fluoride.

And therein lies a tale. My major reason for avoiding tap water is that fluoride has been added to it. Let me explain.

Fluoride is a by-product of steel manufacturing, and was also a byproduct of the manufacture of the atomic bomb in the 1940’s. It seems that fluoride combines with uranium to form the gas uranium hexafluoride, which, when passed through a semi permeable membrane, separates bomb-grade, fissionable uranium-235 from the much more abundant and stable uranium-238. This done, fluoride is released into the environment as waste, where it can damage crops, livestock, and humans.

The US government, prodded by industrialists and officials involved in The Manhattan Project, decided to give fluoride a friendlier face, and found the solution in a simple measure that would appear to be a health benefit. Since about 1945, fluoride has been added to municipal water supplies at a concentration of 1 part per million. This is done, ostensibly, to keep children under the age of six from getting cavities. Therefore, it is a medication that is added to the water supply. Little attention is given to the fact that this medication may not be appropriate for adults. It seems obvious to me that medicating the water supply is not a democratic idea.

There are many health problems associated with fluoridation, such as an increase in uterine cancer mortality, a rate of dental fluorosis (fluoride-induced toxicity and tooth mottling) as high as 72% in children, lower fertility rates, and osteogenic sarcoma, a malignancy. A significant number of studies found that fluoridated water may in fact increase the rate of fractures, even though fluoride may provide a higher bone mass. In one study it was found that the highest fluoride content in bone ash was found in skeletons of women with the most severe osteoporosis.1

Fluoride is a poison. It is the 13th most common – and one of the most toxic – elements in the earth’s crust. Its regular use on a long-term basis results in serious health effects. Among the ways it can affect living beings, including people, the two major ones are that:

Regarding the presumed evidence for the benefits of fluoride, you’d think there would be plenty of studies. Apparently, it’s not so. This from Donald J. Miller, MD, who wrote in an article titled “Fluoride Follies”,

In evidence-based medicine, systematic reviews (meta-analyses) are considered to be the best, most “scientific” evidence. A systematic review of water fluoridation studies, published in the British Medical Journal in 2000, found, as the chair of the Advisory Group that commissioned the review puts it, “The review did not show water fluoridation to be safe. The quality of the research was too poor to establish with confidence whether or not there are potentially important adverse effects in addition to the high levels of (dental) fluorosis.

He adds, “The review team was surprised that in spite of the large number of studies carried out over several decades there is a dearth of reliable evidence with which to inform policy.” In other words, the case for fluoride does not stand up to careful evidence-based scrutiny.3

Among dentists, there is controversy. Many will support the use of fluoride, both in the water supply and as a topical treatment. Others feel that there is way too much fluoride in our environment, and that it is dangerous. According to Susan Rubin, a dentist and holistic health counselor from Mount Kisco NY, the downside of systemic fluoride outweighs any potential benefits.

“Studies point to possible connections to brittle bones, increased hip fractures in post menopausal women in fluoridated communities,” she wrote me in August 2005. “There are currently questions of a connection to osteosarcoma. If systemic fluoride had to be approved by the FDA today as safe AND effective, I do not believe it would be passed. It was implemented in water supplies without ever having to face that type of scrutiny.”

Dr. Rubin continues, “I’m most concerned that a chemical like this is put into water supplies that affect entire populations. What about informed consent? What about medicating entire groups of people who would receive no benefit? Is that ethical? As a dentist, I sat on the fence for a number of years before really sitting down to take the time to research the fluoride issue. Once I did my homework, I worked hard to increase awareness of the issue. Most of my fellow dentists will not even consider the possibility that fluoride is harmful simply because it is not what we were taught in dental school and the ADA supports water fluoridation. Books, minds and parachutes need to be open in order to work properly! I’d like to see more health professionals with open minds and less touting the party line on health issues like this.”

Unfortunately, fluoride is very difficult to filter out of water because it is so finely dispersed that only reverse osmosis gets rid of it. And that system denatures the water too much for my taste, much like distilled water, in which no living thing thrives.

I say, avoiding fluoridated water is a sensible option, and if bottled water is the solution, so be it. I regret that all those plastic bottles mess up the environment – I buy 5-gallon bottles at home, and refill. At home I use it for all cooking and drinking. Unfortunately, pretty much all commercially made foods, teas, and coffees in restaurants and take-out places are prepared with fluoridated water. But I feel that even if the chemical is present in the food and the shower vapor, at least you can avoid drinking 6-8 glasses of fluoridated water every day, and so your exposure to this one toxic chemical can be somewhat limited.

2. Mercola J. What You Don’t Know About Fluoridation Could Hurt You. Available at: http://www.mercola.com/2005/aug/2/fluoridation.html. Accessed August 2, 2005.